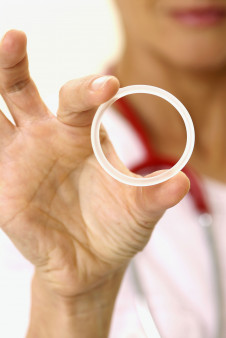 The device would be the first woman-controlled, long-acting HIV prevention method.

In July 2020, the European Medicines Agency approved a vaginal ring for HIV prevention among women at high risk of contracting HIV. Although not yet approved for use in the United States or in sub-Saharan Africa, which is home to the majority of women worldwide living with HIV, the ring is being hailed as a promising new tool in the fight against the spread of the virus.

Under development by the International Partnership for Microbicides (IPM), the flexible two-and-a-half-inch ring is made of silicone and contains the antiretroviral drug dapivirine. Once inserted into the vagina, it releases small amounts of the medication directly at the site of potential infection every day for 30 days—with low absorption throughout the body. The ring appeals to many women because its use does not require any involvement on the part of their partners, who may refuse to wear condoms or forbid them from taking antiretroviral medications or applying vaginal microbicides. What’s more, neither women nor their partners can feel the ring during sex.

To evaluate the device’s effectiveness, researchers measure how much dapivirine remains in the ring after 30 days to calculate whether women have used it. Open-label studies of a 30-day dapivirine ring have found that among women who used the ring at all, rates of HIV acquisition decreased by an average of 50%. Indeed, the percentage of protection may be even higher among women who use the ring more often.

Two Phase III studies of the monthly dapivirine ring have found that it is well tolerated with long-term use. Rings containing other HIV-prevention medications that may be released for as long as 90 days are also under investigation as are rings containing drugs to prevent both HIV and unintended pregnancy, which would further broaden their appeal.

The IPM is seeking regulatory approvals for the dapivirine ring in Kenya, Malawi, Rwanda, South Africa, Tanzania, Uganda, Zambia and Zimbabwe and aims to make the product available in Eswatini and Lesotho as well. Last December, IPM also submitted an application to the U.S. Food and Drug Administration.

According to IPM, “If approved, the dapivirine ring would offer the first woman-controlled, long-acting HIV prevention method and could be an important new option for women, who bear the greatest burden of the global HIV/AIDS epidemic.”