A woman in Indiana is suing Arbonne International, an herbal supplement manufacturer and seller, after one of the company’s regimens allegedly caused her to suffer from acute liver failure, the Allen County Journal Gazette reports.

According to a lawsuit filed in the state’s Allen County Superior Court, plaintiff Vicki L. Swanson started taking Arbonne’s “30-Day Feeling Fit Kit” in May 2013 to help her lose weight. The diet plan consisted of protein shakes, a daily fiber boost and an herbal detox tea.

At first, Swanson claims she felt fine, but six weeks into the regimen she reports suffering a variety symptoms, including lethargy and jaundice. She was later admitted to the hospital and diagnosed with acute liver failure, which her doctors found was caused by toxic levels of green tea extracts.

Court documents state that Swanson had no previous history of liver disease and that her only source of green tea during the time was from Arbonne’s plan. She is now suing the company for allegedly selling a product that was dangerous and defective, breaching its warranties, and negligence.

Arbonne International is a health and beauty company, founded in Switzerland and based in California, which focuses on selling “botanically based, cruelty-free formulas” for a variety of skin care, nutrition and cosmetic products. 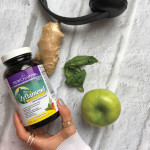 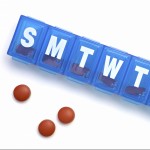