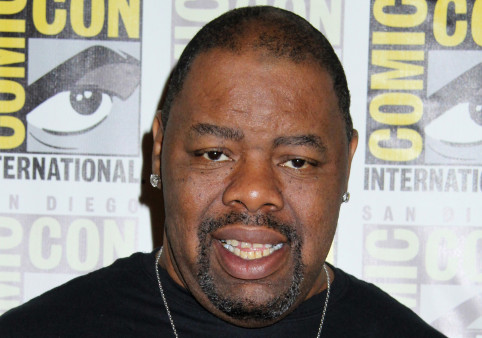 After struggling with complications from type 2 diabetes, the hip-hop legend died of a stroke, according to news reports.

Although it is possible for people with diabetes to recover from a diabetic coma, the condition can lead to brain damage or death. Such was the case with rapper Biz Markie, who died on July 16, 2021, at age 57, while in hospice care, reports The Washington Post.

Born Marcel Hall, Markie was known as “the Clown Prince of Hip Hop” and made his name with such songs as the “Vapors” and “Just a Friend.” The rapper was diagnosed with type 2 diabetes several years ago. Doctors told the tall, beefy artist that if he didn’t take steps to control his illness, he’d be courting disaster. “They said I could lose my feet,” Markie told ABC News. “They said I could lose body parts. A lot of things could happen.”

Diabetes is a disease that results when the body doesn’t produce any, or too little, insulin—a hormone made by the pancreas and used by cells to process glucose (a form of sugar) for energy. Diabetes can also develop if the body doesn’t properly respond to insulin, meaning that the body is unable to correctly store and use glucose. As a result, too much glucose builds up in the blood, causing high blood sugar levels, which can lead to severe health problems and even death if left untreated. For example, high blood sugar levels can damage the vessels that supply blood to the vital organs. In turn, this raises the risk for stroke, heart and kidney disease, eye problems and nerve disorders. Serious diabetes-related nerve disorders can affect the feet and lead to amputations of the lower limbs.

In response to the diagnosis, Markie employed better eating and exercise habits to lose almost 140 pounds by 2014. (Friend Will Smith once challenged him to lose weight when the two worked on the movie Men in Black 2, an article on chaospin.com revealed.)

However, the rapper’s diabetes-related health problems persisted, and he was hospitalized in July 2020, according to TMZ. Then, in December 2020, hiphopdx.com reported that Markie had suffered a stroke while in the hospital at that time, according to a source closely connected to the rapper.

A few months later, during an interview on the radio show The Breakfast Club, Big Daddy Kane, another iconic hip-hop artist and friend of Markie’s, said the rapper was improving. “He’s in rehabilitation now. He’s getting better and stronger every day,” Kane said. “Last time I talked to him on the phone, he got a real light voice, but last time I talked on the phone he stuck his middle finger up at me, so I think he’s coming along.” The interview can be seen on YouTube.com.

Then, at the beginning of July, false rumors circulated online that Markie had died. News reports clarified that in reality, the rapper had suffered “significant brain damage” after another stroke and was under medical care in a hospice.

Two weeks later, eonline.com and other news sources confirmed that Markie died in a hospital in Baltimore. His wife, Tara Hall, was at his bedside.

Among the notable entertainers who tweeted their sympathy were Missy Elliott and LL Cool J.

I can remember so many times trying to beat box like you until my lips was sore????& whenever we saw each other your energy was always so full of Life/Love/& Good Vibes???? Your impact in the culture Is 4EVER???????? & you will NEVER be Forgotten???????????????? Rest king @BizMarkie???? pic.twitter.com/gCzsdzQtwS

To learn more about diabetes, read “Sugary Drinks of Any Kind Increase Diabetes Risk” and “Does Systemic Racism Contribute to High Diabetes Rates Among Blacks?”