Bedtime Snacks Can Be Healthy If You Choose the Right Foods

We’ve all heard the hype: Eating late at night can pack on the pounds and keep you from getting a good sleep. But new research from Northwestern University suggests that not all bedtime snacks are created equal. In fact, certain foods, when eaten in small amounts late at night, may actually improve sleep quality without adding inches to your waistline, reports The Wall Street Journal.

For the study, researchers reviewed weight changes in college students over a five-year period. Findings showed that students who got the most sleep were more likely to keep a healthy weight. But scientists also found out something about the snack foods students ate before bedtime. Munchies could be divided into two categories: bad snacks that took longer to digest and caused weight gain, and good snacks that were easy to digest and easy on the waistline.

According to Sharon Hoerr, PhD, a foods and nutrition specialist at the University of Illinois and a researcher in the study, bad snacks can also can keep you awake at night. Hoerr suggested people avoid processed foods, such as aged cheeses, processed meats and soy sauce, two hours before they go to sleep. Why? Because these foods are high in tyramine, a naturally occurring chemical that increases blood pressure, which can keep you awake. Researchers also said folks should avoid high protein and fatty foods, which take a long time for the body to digest and can disrupt sleep cycles and pack on the pounds while you sleep.

But good snacks, when eaten in small amounts (think: less than 200 calories), can actually naturally promote sleep without hurting the body. These include foods such as turkey and non-fat milk, which are high in amino acids and tryptophan. These chemicals can be converted by the body into serotonin and melatonin—neurotransmitters in the brain that help people fall asleep. Also, almonds, bananas and low-fat yogurt are OK to eat before bedime because their high magnesium content helps encourage muscle relaxation.

But don’t go raid the refrigerator just yet. Researchers still suggest we curtail eating late at night. This bad habit can begin when people skip breakfast because they ate too close to bedtime and then cram in the calories later in the day. “If you don’t eat too close to bedtime, by morning, your liver has fully processed the sugar and fat and protein and your appetite is stimulated,” Hoerr said. She suggests eating breakfast and small meals throughout the day to help avoid feeling hungry and overeating.

Research shows that four out of 10 Americans skip their morning meal entirely. For tips on building a better breakfast to improve your overall health, click here. 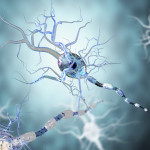