Many Health Benefits for Patients with Access to Their Medical Records

A “vast majority” of patients who have online access to their medical records “reported an increased sense of control, greater understanding of their medical issues, improved recall of their plans for care, and better preparation for future visits,” according to an informal study conducted by clinicians at three large primary care centers in the United States and reported in the October 2 issue of Annals of Internal Medicine.

Patients were enthusiastic about open access to primary care provider visit notes; the vast majority of those who completed surveys recommended that this transparency continue. Overall, a large majority of those who participated in the study opened some or all of their notes, and almost 90 percent believed that open notes would affect their decisions when seeking care in the future.

The study did not specifically enroll people living with HIV, viral hepatitis or other specific diseases receiving primary care through these networks.

Roughly 86 percent of patients with visit notes available opened at least one note—84 percent at BIDMC, 92 percent and GHS, and 47 percent at HMC.

Of 5391 patients who opened at least one note and completed a follow-up survey, 77 to 87 percent across the three sites reported that access to their visit records helped them feel more in control of their care. For example, 60 to 78 percent of those taking medications reported increased medication adherence.

“Improving adherence to medical regimens has long been an enormous stumbling block in medical practice, and the recent increase in out-of-pocket costs for medications compounds the challenge,” the authors wrote. “We were excited to see that more than half of patients who received medications reported improved adherence, consistent with findings about general adherence from another open-records study.”

These benefits were achieved with far less impact on the work life of health care providers than anticipated, the report adds. Few primary care providers reported requiring longer encounters, taking more time with visits, or addressing more questions outside of visits, and none opted to discontinue open notes at the end of the year-long intervention period.

The study authors cited one clinician’s comment that they felt best summarized the collective experience: “My fears: Longer notes, more questions, and messages from patients. In reality, it was not a big deal.”

The report did note, however, that 26 to 36 percent of the patients surveyed had privacy concerns and 1 to 8 percent reported that the notes caused confusion, worry or offense.

At the end of the experimental period, 99 percent of patients wanted open notes to continue and no health care provider elected to stop.

“In response to a relatively simple intervention,” the researchers concluded, “the patients in this large-scale trial reported striking benefits and presented a clear mandate to continue open notes. The doctors encountered few problems, and we hope that the problems that exist can be overcome with further analysis, education, and experimentation.” 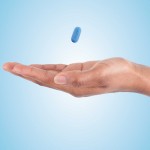 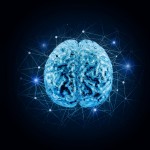 How an Experimental Implant May Help People With Schizophrenia 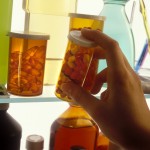