Sometimes all that separates us from certain disaster are the small but important decisions we make: to turn right instead of left, left instead of right, or sometimes just walk straight ahead.

At the age of 20, when I lived in Brooklyn, I had an appointment with my gynecologist. My boyfriend at the time accompanied me to the doctor’s office that was located on a residential street in the East Flatbush area. The office was in a private house with a separate entrance for patients. On this warm spring day, the fact that my boyfriend had come with me was unusual; I usually went solo to all my medical appointments. As it turned out, I was very happy he’d decided to come with me.

When we arrived at the office, we rang the bell to be let in. As we stood there waiting to hear the buzzer, a man yanked open the door. Startled, my boyfriend and I looked at each other. At first, we thought the man was leaving the office, but he motioned us inside and slammed the door shut behind us. After our eyes adjusted to the sudden change in lighting, we slowly took a step forward and then froze. Inside the waiting room, we saw people seated on the floor, bound and gagged, in various stages of undress.

As my boyfriend prepared to swing around, the man who opened the door pushed us both inside the room. Then he brought the hand he’d had behind his back forward. Now we could see the pistol he was clutching. He waved it in front of our faces and ordered us to sit down with the others. My boyfriend sat on an empty chair and I sat on the floor in front of him.

Then the gunman told us to toss any valuables in a pile on the floor and strip. For some reason, he allowed my boyfriend to keep his watch. My mind raced in a million directions. The gunman called out toward the back of the office where the examination room was located. I guessed that the doctor and his staff, the two nurses who worked with him, had to be back there. Just then two other men rushed through the examination room doorway; their clothing was disheveled and one was buckling his belt.

One of the two who came from the back scooped up everything in the pile on the floor and threw the items into a bag. As the gunman watched us, one of the other two opened the door and both ran out. Then the gunman backed out slowly into the tiny foyer. “Nobody move,” he said. Then he disappeared.

Moments later, the police arrived. The next day, when I went to the police station to file a claim for the money taken from me in the robbery, I learned the nurses in the doctor’s office had been raped during the ordeal.

Years later, I still wonder about what could have happened that day but for the unplanned decisions we’d made. 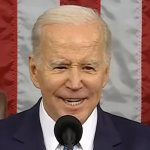