Folks just can’t seem to get enough of “da butt.” Today, the gluteus maximus is revered in fashionable circles where stars such as Beyonce Knowles, Kim Kardashian and Real Housewife Phaedra Parks have become famous for their derrieres.

But this is nothing new. Paleolithic art unearthed by scientists includes statues of voluptuous women with robust breasts, hips and buttocks, offering glimpses of the very first idealized female body. These objets d’art—more than 30,000 years old—were venerated as goddesses of fertility, love and beauty. In addition, the ancient Greeks displayed their appreciation for the backside by commissioning a reverential sculpture of the goddess Aphrodite, called Aphrodite Kallipygos. The name means “Aphrodite of the Beautiful Buttocks.” Much later, in 1910, artist Pierre-Auguste Renoir confirmed an appreciation of bigger backsides when he painted a beautiful woman with wide hips and an ample behind in his work titled “After the Bath.” Now, fast forward a hundred years.

In recent decades, women’s bottoms have made a huge comeback in pop culture. Catchy anthems such as Sir-Mix-A-Lot’s “Baby Got Back” in 1992 and Destiny’s Child’s “Bootylicious” in 1998 put the voluptuous butt on top of the charts and the popular imagination. The existence of Jennifer Lopez hasn’t hurt the cause either.

Is it any wonder, then, that more women are taking matters into their own hands and adding more volume to their hindquarters? According to a 2012 report by the American Society of Plastic Surgeons, doctors performed 1,356 buttocks lifts in 2000. That number ballooned to 4,446 in 2011—proof of the growing interest in buttocks enhancement procedures among women of all ethnicities. But what do these surgeries really entail?

There are two ways that cosmetic surgery can enhance the shape of your buttocks: through gluteal implants or fat injections. Generally, gluteal implants is the more common form, according to a study published in the Seminars in Plastic Surgery Journal. “The [gluteal] implants are like silicone implants,” says Renato Saltz, MD, a Utah-based board-certified plastic surgeon and vice president of the International Society of Aesthetic Plastic Surgery. “We use the same material that we use for breast [implants], except their shape and consistency are a little bit different. They are placed within the muscle layer of the buttocks.”

Fat injections, also called fat grafting, is said to be the best option for attaining a perfectly shaped bottom. This procedure takes fat from other parts of the body during liposuction and then injects it into the buttocks. Many plastic surgeons recommend fat injections instead of gluteal implants because they believe it gives women a more ideal shape—redefining not just the buttocks but also the lower back and abdomen—according to study authors.

Price quotes for butt enhancements vary by region and the type of procedure. The costs usually include a fee for the surgeon, anesthesia, operating room and implant (if applicable). The average fee for a plastic surgeon in 2010 was $4,500 for a buttock augmentation and $4,379 for a buttock lift according to the Consumer Guide to Plastic Surgery.

The biggest problems with butt surgeries involve improperly placed implants or ones that move from the intended location, which can cause significant discomfort. Additional risks, says Saltz, include the possibility of fat grafting that disappears after a while and then requires repeated fat injections. What’s more, sometimes the initial injection doesn’t give enough volume so a second injection is required.

Also, with the cost of butt surgeries so high, it’s no surprise that some women seek what they believe are cheaper alternative methods to achieve their ideal bottom. During the past few years, media reports chronicled cases where women suffered major complications from illegal butt injections. Some women died of blood clots caused by the use of commercial silicone. Saltz stresses safety first. “Do not allow anyone to inject silicone in your buttocks for augmentation,” he warns. “This is a common practice in third world countries, and you still see some problems here in the United States.”

If women want butt enhancement surgery, Saltz advises, they should see a board-certified plastic surgeon and make sure they do their homework by researching accredited institutions. Done properly, he says, these surgeries are not major risk procedures “as long as you’re a great candidate and you’re healthy.”

But it’s also important, Saltz cautions, not to forget that butt enhancement operations are a major surgical procedure.

Even though butt enhancement procedures—and plastic surgeries of any kind—can dramatically change women’s figures, Saltz stresses the importance of avoiding unrealistic expectations. “Once in a while, you find patients who say, ‘I want to look like so and so,’” he says. “But they’re not so and so.” Saltz thinks it’s very important doctors separate these patients from the ones who make great candidates. What’s more, he feels these patients should be referred during the consultation to a place they can get psychological help.

“Sometimes the red flags come out during the first phone call,” Saltz says. “But other times it takes a full consultation to realize that a patient has false expectations and isn’t a good candidate for cosmetic surgery.” 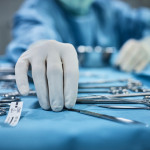