Must doctors choose between their patients in prison and the employers who pay them?

When 64-year-old Lester Robinson (not his real name), a retiree detained at the Essex County Correctional Facility in Newark, New Jersey, was being deported for a crime committed 30 years ago (for which he served a six-year sentence), Immigration and Customs Enforcement (ICE) officers led him out of the building in shackles. His destination was Newark International Airport, where the agents hustled him past gawking onlookers into a holding area. That’s when his nightmare began to unfold.

“The scene was surreal,” he says. Robinson, a lawful permanent resident of the country for 53 years, experienced a panic attack that prompted the officers to call in a doctor, who was accompanied by a nurse. “They called him Dr. Kevin,” he says. “I didn’t see a name tag on the nurse.”

Robinson says the doctor sat him on a table to examine him and slammed a blunt instrument into his chest. “The pain forced me to cry out,” he says. “He kept insisting that nothing was wrong with me.” Then the doctor dug his thumb into Robinson’s right eye socket. “He told me I was going to get on that plane.”

The doctor left the room while the nurse stayed. Robinson told him he had to go to the restroom to relieve himself. In response, the nurse threw a diaper on the floor and said, “Do what you have to do right there,” says Robinson.

“I’d like to say in most places physicians are directed to give good care to the patients,” says Scott Allen, MD, a professor of clinical medicine at the University of California–Riverside and a medical adviser to Physicians for Human Rights. “Where it gets tricky and where correctional medicine is not what it should be concerns the obligations of the clinician to the patient when this conflicts with working for an institution whose primary function is not in the best interest of the patient or the patient’s health.”

Prior to ICE’s physical attempt to deport him, Robinson was forced to take medication for a prostate condition he had no history of having and for which he was never examined in jail. According to Joseph Shin, MD, an assistant professor in the department of medicine at Weill Cornell Medical College, detainees frequently fall victim to this lack of continuity in care in prisons.

“Many times, patients in these settings are moved between different facilities and see different providers. Medical records aren’t made available to the patients and not transported or transferred along with the detainee, so subsequent providers treat patients with incomplete information,” he says. “This is extremely dangerous.”

Lawyers such as Reena Arora—a senior staff attorney for New York Lawyers for the Public Interest, a nonprofit civil rights law firm in New York City—who advocate on behalf of detainees get “no response,” says Arora. “The supervisory deportation officers aren’t responsive to our inquiries and our requests.”

But Arora hopes the system might respond more readily to lawsuits. Allen agrees, saying, “For the foreseeable future the only real enforcement mechanism remains litigation.”

Then he adds, “But I guess my issue with litigation is, it’s always aiming for a minimal standard, and those of us who believe in health feel we should be doing more than aiming for the floor.” 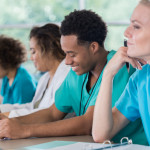 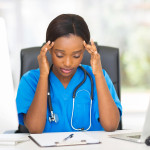 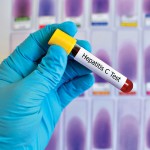