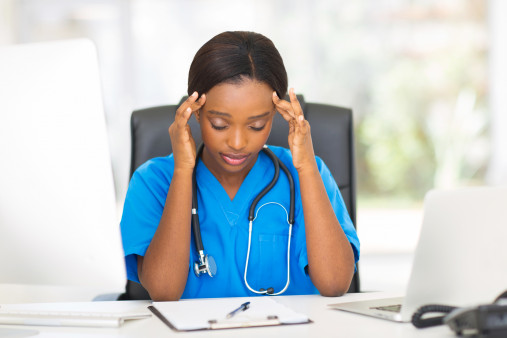 Hospitals must work harder to create more respectful and welcoming workplaces for the diverse resident physicians who train there.

Although Black, Hispanic and Native Americans account for one third of the American population, these minorities represent just 9 percent of practicing physicians. Now, new findings published in JAMA Network Open suggest that the burden of bias faced by minority medical residents during training may be to blame for the lack of representation, reports YaleNews.

For the study, Yale researchers interviewed 27 minority resident physicians from 21 residency programs to characterize how they experienced race and ethnicity in the workplace. Participants included 19 Black, three Hispanic, one Native American and four individuals of mixed race and ethnicity.

Scientists found that these minority medical residents faced three major recurrent challenges: a daily barrage of microaggressions and bias, being tasked with serving as racial or ethnic ambassadors and negotiating challenges with their professional and personal identities while being seen as outsiders in these health settings.

Participants regularly encountered racially or ethnically motivated behaviors from program leadership, attending physicians and patients and faced persistent questions about their racial or ethnic background. They were also mistaken for nonmedical staff despite being clearly identified as doctors.

In addition, minority residents discussed situations in which they were asked to address issues concerning diversity, serve as experts on racial or ethnic issues and shoulder additional care for minority patients. Furthermore, individuals reported feeling socially isolated and pressure to assimilate and said they lacked sources of professional mentorship.

“Results of our study suggest that minority resident physicians face extra workplace burdens during a period already characterized by substantial stress,” wrote the study’s authors. “Addressing these racial/ethnic challenges is crucial to creating a diverse and inclusive workplace.”

Researchers concluded that more must be done to support and promote diversity and inclusion in hospitals for resident physicians of all races and ethnicities. Scientists specifically suggested that initiatives for minorities in medical institutions implement forums to discuss racial issues and incorporate anti-bias training.