New York City Mayor Michael Bloomberg’s preliminary fiscal year 2013 (FY2013) budget proposal fails to restore funding that was cut in FY2012 for housing, nutrition and prevention services for homeless and low-income people with HIV/AIDS, according to a VOCAL-NY statement. Because the City Council made one-time restorations in the FY2012 enacted budget, those funds do not appear in the mayor’s preliminary FY2013 budget. Most of the cuts occur within the HIV/AIDS Services Administration (HASA). More than 45,000 New Yorkers with HIV/AIDS and their children rely on HASA for housing, health care and nutrition programs. The City Council General Welfare Committee is holding a hearing on recent policy changes at HASA on February 8.

Massachusetts Cuts Over $1M From HIV Testing in Jails 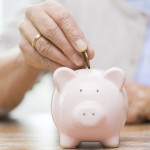 Healthy Eating on a Shoestring Budget