At a time when Detroit faces a $200 million budget deficit, the HIV prevalence rate in certain city ZIP codes is nearly 2 percent, which has forced cash-strapped local leadership to strategize a more aggressive HIV prevention response, The American Independent reports. Although the overall HIV prevalence rate in Detroit is 0.6 percent, which mirrors the national average, the city’s HIV epidemic is concentrated in a number of neighborhoods and in certain at-risk populations. For example, hundreds of homeless LGBT youth have been diagnosed with the virus, and men who have sex with men (MSM) account for 43 percent of all HIV cases in Detroit. 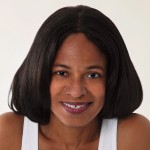