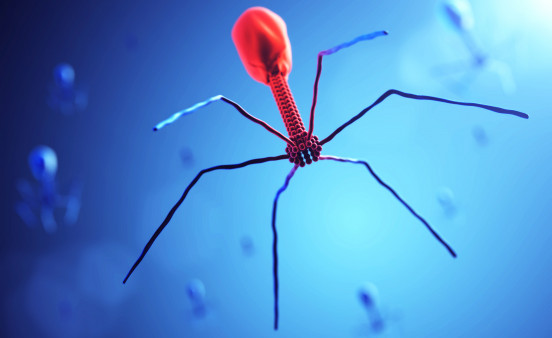 Could Bacteriophages Be an Alternative to Antibiotics?

Docs may one day prescribe viruses that attack specific strains of bacteria instead of antibiotics that kill both good and bad pathogens.

As concerns mount about growing resistance to antibiotics, new findings presented at the American Society for Nutrition’s annual meeting suggest that a group of viruses known as bacteriophages may prove to be a promising alternative to these powerful medicines, reports Medical News Today.

Scientists wanted to explore the potential benefits of bacteriophages because they attack and kill particular strains of bacteria without ever touching human cells.

For the small-scale preliminary trial, researchers from George Mason University in Virginia recruited 31 people who had significant gastrointestinal distress but didn’t have a definite digestive condition.

Scientists divided participants into two groups. The first set of individuals received four strains of bacteriophages known for attacking a pathogen that causes gastrointestinal problems, while the latter received an inactive substance, or placebo.

After four weeks of treatment, there was a two-week “washout” period. Participants in each group then switched roles.

Researchers found a substantial decrease in interleukin 4, an inflammatory marker linked to allergic reactions. Participants also saw an increase in levels of “good” bacteria with no apparent side effects.

According to Taylor C. Wallace, PhD, a coinvestigator in the study, “Using viruses that infect only specific types of bacteria spares the many good bacteria in the gut, which are linked to numerous long-term beneficial health outcomes.”

Wallace is currently working with a colleague to examine how the use of bacteriophages in supplements can help to restore bacterial balance in the microbiome of people with metabolic syndrome.

Click here to learn how common nonantibiotic drugs may contribute to antibiotic resistance.