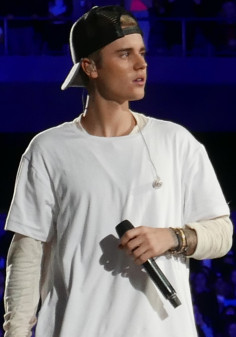 Justin Bieber has postponed his tour to rest and recover from Ramsay Hunt syndrome, which has paralyzed half his face.

Pop star Justin Bieber has postponed his tour because his face is partially paralyzed due to Ramsay Hunt syndrome, a condition caused by varicella-zoster, the same virus that causes chickenpox and shingles.

In an Instagram post, Bieber explained that the virus had attacked “the nerve in my ear, facial nerves and has caused my face to have paralysis. You can see this eye is not blinking. I can’t smile on this side of my face. This nostril will not move.”

Ramsay Hunt syndrome (herpes zoster oticus) is a rare neurological disorder that can affect people who have had chickenpox. Once a person recovers from chickenpox, the virus remains in the body and can sometimes reactivate years later and cause shingles. Ramsay Hunt syndrome occurs when a shingles outbreak affects the facial nerve near one of the ears, sometimes causing facial paralysis on the same side as the affected ear as well as hearing loss.

“Obviously, my body’s telling me I gotta slow down,” said Bieber, 28, who has been working in the music industry since 2008 when hip-hop legend Usher helped him land a recording contract. Bieber’s 2010 breakout song, “Baby,” featuring Ludacris, shot him to instant stardom. Since then, he has collaborated with influential artists such as Drake, Nicki Minaj, Daddy Yankee, will.i.am, Big Sean, Jaden Smith and Kehlani.

Symptoms and signs of Ramsay Hunt syndrome can include a painful rash with fluid-filled blisters inside the ear canal or outside the ear, ear pain, hearing loss, tinnitus (ringing in the ears), difficulty closing one eye, vertigo, change in taste perception or loss of taste, according to the Mayo Clinic.  The condition is not contagious, and it is not known why the varicella-zoster virus reactivates. However, the infection can be serious for people with immune system sensitivities.

Bieber has remained positive and in the Instagram post told fans, “I’m gonna get better, and I’m doing all these facial exercises to get my face back to normal, and it will go back to normal—it’s just time, and we don’t know how much time, but it’s going to be OK.”