For the study, researchers at Penn State University assessed 48 men and women with elevated LDL cholesterol in two six-week diet periods. For each stretch of time, participants followed similar diets but received almonds and banana muffins as daily snacks during the different phases of the experiment. Scientists then measured each individual’s HDL level and the way this type of cholesterol worked after someone ate each food.

HDL cholesterol, which is responsible for removing bad cholesterol from the arteries to the liver and ultimately out of the body, is categorized into five “subpopulations” based on how much cholesterol it collects. The presence of more particles of the largest of the subpopulations, a-1, shows improved HDL function.

Scientists found that when folks ate almonds instead of eating banana muffins, their levels of a-1 HDL increased by 19 percent. In addition, among those of normal weight, researchers noted that HDL function improved by 6.4 percent.

“If people incorporate almonds into their diet, they should expect multiple benefits [the nuts are high in vitamin E and fiber as well], including ones that can improve heart health,” said Penny Kris-Etherton, PhD, a professor of nutrition at Penn State and the study’s main author. “They’re not a cure-all, but when eaten in moderation—and especially when eaten instead of a food of lower nutritional value—they’re a great addition to an already healthy diet.”

Click here to learn more about how suffering from allergies to tree nuts doesn’t necessarily mean you can’t eat certain other kinds of this nutritious food. 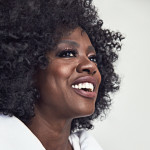