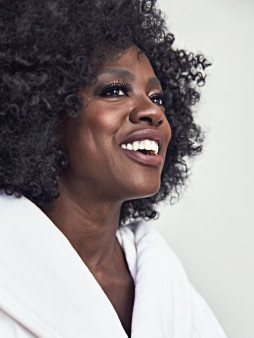 When actress Viola Davis learned she had prediabetes she heeded her wake-up call.

Viola Davis looks fit and healthy. Her arms display the chiseled definition that results from rigorous workouts at the gym. She eats nutritious foods and leads the kind of lifestyle doctors recommend for getting—and staying—in tip-top shape.

“I understand food beyond an inch of my life. I look at nutritional facts all the time. I know about carbs and glycemic index, and I drink complete almond milk. I feel that I’m a very fit and informed person,” Davis adds,   sharing a list of her healthy habits.

Then came the unexpected. “When I was diagnosed with prediabetes, it shocked me,” says Davis.

According to the Centers for Disease Control and Prevention, of the 84 million American adults with prediabetes, 90% are unaware they’re living with this serious health condition. The condition occurs when cells in the body don’t respond normally to insulin, a hormone the pancreas produces to help blood sugar enter cells for use as energy.

Individuals with prediabetes experience blood sugar levels that are higher than normal but not elevated enough to warrant a type 2 diabetes diagnosis. However, the condition increases the risk of developing diabetes as well as heart disease and stroke.

Like many people with prediabetes, Davis showed no signs of a problem. “I didn’t have any symptoms,” she says. “I felt fine.”

She received her diagnosis after undergoing a test to check her female hormones. “I felt like I was in menopause, but I wasn’t sure, so I went to get my estradiol—a type of estrogen—level checked, and the doctor just happened to do an A1C test,” the 54-year-old Davis says.

This screening is the short name for the hemoglobin A1C (HbA1c) test, which measures the amount of glucose, or blood sugar, attached to hemoglobin—a protein in red blood cells that contains iron and ferries oxygen from the lungs to the rest of the body. (A high A1C level may be a sign of diabetes.)

The doctor confirmed that Davis’s A1C level was elevated. After that news, things got tough for her. Davis says she does everything she can to support her health, but difficulties persist.

“I eat foods that don’t spike my glycemic index. I’m careful with the fruits, and I love fruits—they’re my answer to cookies,” she says. “Instead of having cookies, I can have fruit, and I don’t have to overdo it.”

The glycemic index is a ranking of carbohydrates in foods based on how quickly they cause blood sugar to rise. (Too quick a rise can be dangerous.)

But despite her efforts to eat healthy, Davis found it hard to lose weight.

“I’m doing everything I can, but I’ve had a hard time with it, particularly because of being in menopause,” she says. “And I’m doing all I can to educate myself about this condition.”

Davis checks her blood glucose numbers more often than her A1C levels. But testing for both is important because the two measurements are key to determining whether an individual’s blood sugar levels are within the ideal range for health.

Available over the counter, a blood glucose meter checks the amount of sugar in the blood at any given moment. According to the American Diabetes Association (ADA), normal is below 100 mg/dL before a meal and less than 140 mg/dL after eating. Diet, exercise and stress can affect this measurement. Knowing this level informs individuals whether there is too much or too little glucose in their blood.

An A1C blood test provides information about an individual’s average blood glucose over the past three months and is used to make an initial diabetes diagnosis. Doctors usually perform this exam twice a year. (A normal A1C for someone who doesn’t have diabetes is less than 5.7%.)

When levels don’t meet the desired target, health care providers advise folks to check their blood glucose more often to determine whether there’s a pattern that may help them customize a treatment plan for patients.

“Right now, I’m on my way to a doctor’s appointment, where I’ll get a regular physical to check my glucose and my A1C again,” Davis says, adding that she doesn’t have her A1C checked often because doing so scares her. “But I check my glucose maybe two or three times a year.”

In general, doctors suggest that those with prediabetes get their blood sugar levels checked annually. According to the ADA, how often and when individuals should check their blood glucose depends on the advice they’re given by their doctor or diabetes care team. Additionally, the association advises folks to ask care providers what their target numbers should be.

Higher-than-normal blood sugar levels don’t necessarily mean an individual will develop diabetes. Although a prediabetes diagnosis can be scary, and many people, like Davis, live for many years without any inkling there’s a problem, the condition can be managed. “My glucose levels are completely normal,” she says.

Nevertheless, the condition can raise someone’s risk of developing type 2 diabetes and heart disease. Davis’s family has a history of type 2 diabetes. Davis’s Aunt Bessie died of complications from diabetes, and her two sisters, Dianne Davis Wright and Deloris Grant, have type 2 diabetes, as did their paternal grandmother. 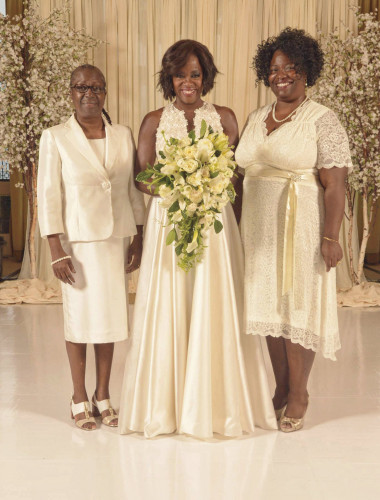 Viola Davis is flanked by her siters at her vow-renewal ceremony.Courtesy of Viola Davis 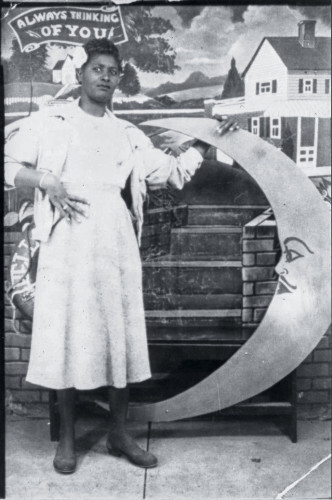 Davis’s Aunt Bessie, who had type 2 diabetes and is mentioned in “A Touch of Sugar”, the documentary about diabetes the actress narrates.Courtesy of Viola Davis

Davis shared her story and her family’s experiences with diabetes for the first time in A Touch of Sugar, a documentary she narrated.

Produced in collaboration with the pharmaceutical company Merck as part of the company’s “America’s Diabetes Challenge: Get to Your Goals” initiative, the film debuted in April at the Tribeca Film Festival in New York.

“My introduction to diabetes came through hearing people talk about ‘the sugar’ and through relatives who got the disease and succumbed to it,” she explains. “As a child, I never knew about diabetes; it was sort of like talking about a phantom.

“No one ever talked about what they ate and how you can turn the illness around,” Davis continues. “No one had any of those conversations. If you had diabetes, then that meant that you did something wrong in order to get the disease, and that was it.

“But today the conversations about diabetes are more about education and awareness,” she adds.

Davis hopes the film will achieve both objectives. “We’re in crisis mode!” she stresses. “Living with diabetes involves harnessing a complex system of support, management, constant information and a good health care provider—all of those are needed.”

In addition to having prediabetes, being over 45, being Black, being physically active fewer than three times a week and having a family history are risk factors for type 2 diabetes. The combination of these should serve as a wake-up call not to be ignored.

Luckily, Davis answered the call. She has invested in exploring all aspects of controlling this chronic condition.

At the visit to her personal doctor, she plans to discuss adding another physician to her health care team.

“I need to get an endocrinologist and more comprehensive care because the condition isn’t just associated with my diet,” she observes.

“The bigger conversation is about the complexity of the disease, managing it and advocating for yourself, which is why people need to know what kinds of questions to ask [their doctor] and have a support system that can help if you feel stigmatized,” Davis says. “It behooves us to know that we’re all in this thing together.”

According to recent reports, Davis’s dramatic TV series was renewed for a sixth season. And JuVee Productions, which she launched with her husband, Julius Tennon, is developing a slew of other projects that will keep the actress busy.

“These are the new sorts of things that people are focused on right now—that’s a part of our legacy,” Davis says.

This awareness also extends to diabetes. Visit ATouchofSugarFilm.com to view the film and learn more. 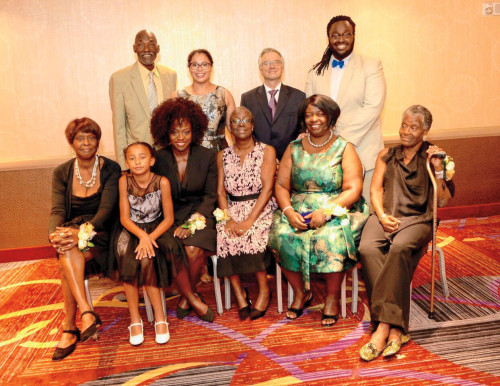 Davis sits surrounded by her family members.Courtesy of Viola Davis

How to Beat Prediabetes

Consider this diagnosis an opportunity to work on your health.

In a recent study, a number of health care experts declared that prediabetes is a worldwide epidemic. The condition is characterized by blood sugar levels that are higher than normal after fasting for at least eight hours.

Typically, the number that folks want to see for a fasting blood glucose test is under 100 milligrams/deciliter. A result between 100 mg/dL and 125 mg/dL qualifies as prediabetes; a reading of 126 mg/dL or higher indicates diabetes.

Risk factors for prediabetes include being African American, overweight or obese; having a parent or sibling with diabetes, high blood pressure of 140/90 mm Hg (millimeters of mercury), a low level of HDL (“good” cholesterol)—40 mg/dL or less for men and 50 mg/dL or less for women—or a triglyceride level above 250 mg/dL; developing diabetes during pregnancy; giving birth to a baby weighing more than nine pounds; and having polycystic ovary syndrome.

But even if you have some of these risk factors, you’re not at their mercy. Simple changes to your lifestyle can prevent or delay the onset of prediabetes, health experts say.

Lose weight if you need to, exercise regularly at a moderate intensity for at least 30 minutes at least five times each week, opt for healthy whole foods and drink sufficient water.