More Than a Headache

How to manage the debilitating pain of migraines

Sportscaster Pam Oliver, 47, is used to being under bright lights. As a football commentator for the Fox network, Oliver has been in the spotlight for more than 20 years. But what most fans would never guess is that those lights were a cause of intense migraine headaches that Oliver has experienced for decades. “The debilitating throbbing I’d felt on one side of my head and sensitivity to light I experienced while suffering a migraine made it hard to work sometimes,” she says, “but I knew the show must go on.”

Oliver, who broke ground at ESPN in 1993 as one of a few black female sportscasters, is one of 30 million Americans—three times more women than men—living with migraines. For more than 10 years, she went from doctor to doctor hoping to find an answer for her headache pain. “When I was younger, in my early 20s, I couldn’t get out of bed some days,” Oliver says. But “I couldn’t let anyone think I couldn’t do my job, so I tried to work through the pain.” To cope she popped over-the-counter painkillers like Advil or Aleve. On one occasion the pain was so severe, she ended up in the emergency room on morphine. “Doctors were treating my pain, not my migraine,” she notes.
What’s a Migraine?
A migraine headache is characterized by severe pain on one or both sides of the head, with achiness usually concentrated around the temples or behind one eye or ear. What makes it different from a regular tension or sinus headache is that it’s caused by a combination of enlarged blood vessels and the release of chemicals from nerve fibers that coil around those blood vessels.

Unlike other types of headaches, migraines can cause nausea and vomiting. Many migraine sufferers report seeing spots or little flashes of light called auras during an episode. According to the National Headache Foundation (NHF), a migraine can last from 2 to 48 hours, and sometimes even up to 72 hours. The best way to get a conclusive diagnosis is to see your doctor and seek a second opinion if you don’t get relief. “It was only after a friend who was also a migraine sufferer referred me to her doctor that I was finally taken seriously,” Oliver says.

Once diagnosed, work with your doctor to come up with a strategy to lessen the frequency and intensity of your migraines. The treatment should include an assessment of your triggers, or factors that can bring on a migraine. “The one thing we know is that certain foods and activities can trigger migraines,” says Carolyn Britton, MD, a neurologist at Columbia University Medical Center and head of the New York Neurology Institute. “If you get a migraine every time you eat chocolate or drink red wine, you know you can reduce the frequency by eliminating those things.” Additional triggers may include changes in the weather, hormonal shifts and extreme physical or emotional stress. To prevent or reduce migraines, Britton suggests keeping a headache journal that tracks the time, frequency and triggers of the headaches.
Menstrual Migraines
Although this reporter didn’t put the puzzle pieces together until I was in my 40s, I had been having migraines at the beginning of my menstrual period since my teens. According to the NHF, 60 percent of women who experience migraines report having them just before, during or right after their periods. Britton explains that the interaction between the fluctuating hormones estrogen and progesterone during a woman’s cycle, and serotonin—a brain chemical—can bring on a migraine.

“Just like with the other triggers, if women have a better idea of when they’ll get a migraine during their menstrual cycle, they have a better chance to prevent or treat it,” says Stephen Silberstein, MD, a neurologist and director of the Headache Center at Thomas Jefferson University Hospital in Philadelphia. Some physicians use low-dose birth control pills to help their patients maintain an even level of estrogen. Others recommend that a woman begin taking her migraine medication a day or two before her period is scheduled to begin.
Managing the Migraine
There are two ways to manage a migraine—address it before it starts or at the first twinge, or deal with the headache once it begins. In some cases, migraine-strength, over-the-counter pain relievers are sufficient if taken before a migraine takes hold. But many women, like Oliver, benefit from prescription medications. “Now, when I get a migraine I take my medication at the first sign of pain, and 20 minutes later I can reduce the length and intensity, allowing me to get on with my day,” Oliver says.

If you suffer from migraines, work with your doctor to find the right medication for you. Your doctor may refer you to a headache specialist if you fail to re-spond to medication or if your symptoms, or other medical conditions, require a more comprehensive approach. For example, if you have diabetes or high blood pressure, migraine meds could adversely affect your blood sugar or blood pressure.

Several pharmaceutical options include medications such as Cafergot, Zomig and other promising drugs that are under development. Imitrex, which Oliver takes, belongs to a class of drugs called triptans. However, some triptans can narrow blood vessels and be dangerous for women with heart disease or hypertension. The risk is small, but discuss your health history with your physician before taking any new medication.
Andrea King Collier is a health writer and a W.K. Foundation Fellow based in Lansing, Michigan.
Listen to Your Body
A headache may just be a headache. But Dr. Britton says that in some cases it is a symptom of a more serious illness such as an aneurysm (blood vessel rupture), tumor or stroke. Here are additional symptoms that could signal a more serious condition that requires immediate medical attention:
•    Three or more headaches per week
•    Headache that lasts weeks instead of days
•    Headache that is caused by coughing or bending
•    Headache after a head injury or accident
•    A new kind of headache that occurs after age 50
•    Numbness, tingling
•    Speech difficulties
•    Dizziness or vision changes
•    Shortness of breath or a fever

Pulling the Trigger on Migraines
To manage these severe headaches, first identify the common triggers:

The Migraine-Stroke Connection
African-American and white female migraine sufferers between ages 15 and 49 who see auras (spots or flashes of light) are at higher risk for a stroke, according to a University of Maryland study. The study results are significant for women of color, who suffer strokes more than their white counterparts. Strokes are the third leading cause of death in the United States and a major cause of disability.

So what’s a woman to do if she has migraines with auras? Work with her doctor to carefully manage the headaches and reduce other stroke risk factors. “Smoking and the use of oral contraceptives each can increase a woman’s risk for stroke, especially if she suffers from this kind of headache,” says Leah McClellan, MD, one of the study’s lead authors.

Women With Obesity Are More Likely to Experience Heavier Periods 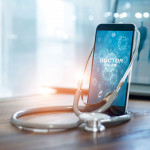 Study Sheds Light on Menstruation Around the World 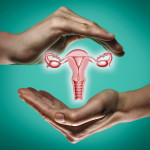