OK, I’ll confess. When I first heard the recent rash of hepatitis C virus (HCV) awareness ads on the radio, I dismissed them. The statistics were arresting, but then I thought, I’m not at risk. After all, this liver disease is mostly contracted through blood-to-blood contact and I’ve never shot drugs or got an organ transplant, blood transfusion or tattoo. 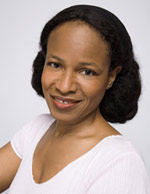 But as I thought more about it, a nagging voice sounded. What about through sexual transmission? Yes, getting hep C this way is rare, but it is possible. What’s more, the risk of transmission goes up if you have multiple short-term sexual relationships with hep C-infected partners. Unless I got tested, how would I know whether anyone I had sex with had HCV, or HIV for that matter? (Under certain sexual conditions, you can get HCV if you’re exposed to blood containing the hep C virus, and your risk increases if a partner is also infected with HIV.)

Then I shut down my memory banks. Nah. Not me. I’d never been exposed.

Later, that nagging voice returned. Now, it sounded accusing. Why did I think I was immune? What made me feel this was something that happened to other people and not to me? After all, like many people, I’d had short-term sexual relationships.

According to the latest statistics, almost 4 million people are living with the hep C virus in the United States. About 75 percent of them don’t know they have it. Could I be one of them?

Obviously, like many others, I have trouble accepting the possibility I may have an illness. What’s interesting is that these feelings of denial hold fast even when people receive a hep C diagnosis. According to the book The First Year—Hepatitis C: An Essential Guide for the Newly Diagnosed, people who learn they are HCV positive experience five stages of grief: denial and isolation, anger, bargaining, depression, and acceptance.

True, our refusal to accept that we may have an illness, or even that the likelihood is a possibility, acts as a protective mechanism. But staying stuck in this frame of mind could pose a serious risk—not only   to people with the disease but also to those close to them.

One of the problems with hep C denial   is that the illness, which attacks the liver, often produces no symptoms. This makes   it easier to ignore the issue. Years can pass before HCV’s damage to the liver appears, and earlier symptoms can be nonspecific.   If you’re in denial, you most likely won’t get tested for the illness. This means that a lot of time can pass before you drum up the courage to get checked out.

If you’re infected, you’ll likely follow one of the following paths. About 25 percent of people with HCV clear the virus from their bodies in about six months without sustaining liver damage. Others clear the virus without any liver disease progression but continue to test positive for HCV. The rest experience chronic liver damage.

But the thing is, hep C is curable, and those infected don’t have to end up with chronic liver disease, such as cirrhosis (liver scarring) or liver cancer.

These days, when I hear the hep C awareness ads, the voice becomes even more insistent. It’s telling me, like everyone else, to get tested—sooner rather than later.