The discovery of a genetic variation in African Americans could improve the safety and effectiveness of the common blood thinner warfarin for black patients who are prescribed the drug, according to findings published in the journal The Lancet and reported by HealthDay News.

For the study, researchers evaluated health information and DNA samples from hundreds of African Americans. Scientists found that 40 percent of African-American patients had a gene identified as rs 12777823, a variant found on chromosome 10. Findings showed that the dose of warfarin required by black people who have one or two copies of this gene variant is about 7 milligrams (mg) to 9 mg less per week than for other patients, according to researchers.

The U.S. Food and Drug Administration supports the use of genetic testing to help doctors who prescribe warfarin to patients. But there are difficulties with genetic testing that still must be addressed. These tests aren’t widely available in certain locations; they’re expensive; and the results may take a few weeks to several months to arrive.

But if these problems were corrected, the actual use of such tests might increase substantially, said one researcher. 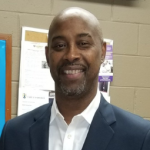 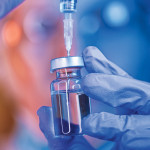 Women on Hormonal Contraceptives Advised to Use Condoms to Prevent HIV