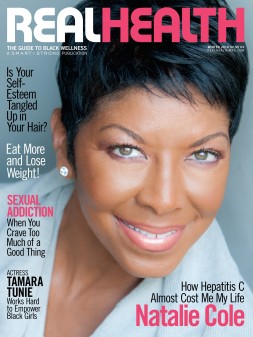 What are the chances that a total stranger might save your life? Ask Natalie Cole. Her story is unforgettable—talent, fame, addiction, hepatitis and one crucial gift from a woman she never met. 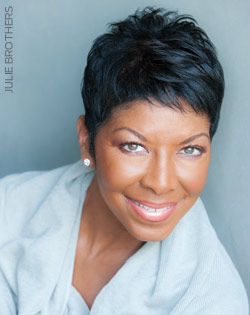 After she conquered her drug problem, Natalie Cole thought she’d escaped un-scathed. Her heroin habit was history—more than 25 years in the past. Then in February 2008 she needed minor surgery for a hernia and had blood drawn before the operation. Her doctor called with the lab results, and Cole’s past intruded on her present.

“It was a real eye-opener to hear that [my drug use] had come back to kick me in the butt,” the 60-year-old singer says. “I thought that health-wise I had managed to sail through my past drug use without repercussions.”

As Cole’s doctor reeled off the possible ways of contracting the virus—most commonly through direct blood-to-blood contact—she recalled her days as an intravenous drug user. Her doctor asked if she’d shared needles with other heroin addicts. Cole was candid. She’d done that regularly. The doctor was equally as frank. That might explain her condition, he told her. The hepatitis C virus (HCV) can stay dormant in the body for years.

Like Cole, many people with HCV don’t have symptoms. But others may be burdened by signs. The most common is fatigue. Others include nausea, fever, night sweats, anxiety, depression, “brain fog” (difficulty thinking or remembering) and muscle, joint, stomach and liver pain.

In general, hepatitis is inflammation of the liver. Of the virus’s five forms—hepatitis A, B, C, D and E—hep B and C are the most chronic and severe. (See sidebar and also visit realhealthmag.com for more.) The disease is particularly serious and life threatening because the infection affects the liver, the body’s largest internal organ.

An organ that’s crucial to life support, the liver manages more than 500 bodily functions to maintain our health. Its job is to filter everything that we eat, drink, smoke and swallow—even what we absorb through our skin. In addition, the liver metabolizes some foods, transforming them into chemicals the body uses for energy, and it  also works to detoxify the blood. What’s more the liver stores certain vitamins, such as A, D, B-9 (folate) and B-12.

The big problem with HCV is that it can cause severe liver damage, leading to a host of other life-threatening health problems.

But the good news is that even when damaged the liver often remains functional. This means that, depending on how impaired the liver is, many people with HCV can lead normal lives.

But Cole didn’t have this option. By the time she received her HCV diagnosis, her liver was already in an advanced stage of deterioration. Cole needed strong medicine—quick. “I ended up having to get interferon injections,” she says.

One of the medicines commonly used to treat HCV, the interferon treatment Cole received is a form of chemotherapy. (Today, doctors regard a time-released form of interferon combined with another drug, ribavirin, as the gold standard for HCV treatment.)

“The doctor hoped I would only have to be on it about six or seven months, at the most a year,” Cole explains. “I was hoping to God that I wouldn’t have to be on it for that long because it was just so debilitating. After I started the treatment, it was only then that I understood how tough going through chemo is.”

Almost immediately after she started treatment, Cole’s body began to strongly react. “I lost my appetite,” she says. “Within three weeks, I lost about 20 to 25 pounds.”
Cole was also constantly nauseous, and her energy level hit rock bottom. If that wasn’t enough, her body hurt so much that she didn’t want to move. “I got to the point where walking was very difficult,” she says. “I ended up being in a wheelchair.”

By this time, many people would have surrendered—but not Cole. Besides the HCV in her blood, she had showbiz stamina in her DNA. (Both Cole’s parents were singers—her dad is the legendary Nat “King” Cole.) In June 2008, despite undergoing hep C treatment, Cole decided to travel to Japan to keep an entertainment commitment to her fans there. Although everyone, including her beloved adopted sister, Carol “Cooke” Cole, begged her not to go, a determined Cole packed her bags and went anyway.

Soon Cole realized she had taken on more than she could handle. “It was probably the toughest time working that I’d ever had,” she confesses. “We were supposed to do 14 shows; I managed to do 10. I was in a wheelchair; I had IV tubes strung across my dressing room. It was ridiculous!”

When Cole tells the story in her recently published memoir, Love Brought Me Back: A Journey of Loss and Gain, she describes the horrified looks on the faces of her fans when she was wheeled out onstage. Cole says she could tell they thought they were looking at a corpse, but she received an amazing response after she sang as well as she ever had.

After returning home, the still ailing Cole continued her hard-driving ways. She launched into a grueling promotional tour for her Grammy-winning album Still Unforgettable. A friend sounded the alarm. While speaking with Cole on the phone, the woman became frightened by the way the singer sounded. She sent a doctor to Cole’s hotel room.

After running tests, the doctor immediately ordered Cole into the hospital. He was worried her kidneys might fail any moment. Although that didn’t happen right then, doctors said she’d need ongoing dialysis and eventually a transplant to replace her damaged kidneys. The interferon treatments were responsible. “Once I went into kidney failure, that’s the first thing that they stopped,” Cole says.

Today, Cole’s liver condition is stable. Her interferon treatments arrested her hep C infection. And she did have a kidney transplant. Currently, Cole continues to see both her liver and kidney doctors who closely monitor her health, and she believes people should get tested for the hep C virus. “It’s one of the kinds of diseases for which people are very rarely screened,” she says. “You can get an HCV infection in many ways: [blood-to-blood contact] from a tattoo, sharing contaminated needles, a partner or a transfusion.”

Besides focusing on hep C and Cole’s other health troubles, the memoir prominently highlights the inspiring story of the kidney donor, Jessica Karina. In fact, if it weren’t for Karina, Cole might not have penned the book.

Without giving away too much of the story, Karina is someone Cole never met. “In these situations, you know very little about the donor and their families,” Cole says. “This is a very beautiful and sweet story that’s very amazing.” Inspired by the lifesaving generosity of this total stranger, Cole wanted to use the memoir to thank Karina and her family.

“I was not gung ho about the book because there was so much tragedy around my recent health issues,” Cole says. “What prompted me to do it was because of the circumstances surrounding how I got the kidney and the fact that I lost Cooke. Those events just made for a very compelling and powerful story. Everyone who witnessed it said I should write about it.” Everyone was right.