It may be time to put down that cell phone—an international panel of experts says cellular phones may possibly cause cancers in humans, reports The Associated Press.

After reviewing possible links between cancer and the electromagnetic radiation found in cell phones, microwaves and radar, the International Agency for Research on Cancer, the cancer arm of the World Health Organization (WHO), found that cell phones may be “possibly carcinogenic,” listing them in the same category as the pesticide DDT.

Last year, results of a large study found no clear link between cancer and mobile phones, but the study faced some controversial questions.

First, the study began with people who already had cancer and asked them to recall how often they used their phones a decade ago, but since many cancerous tumors take decades to develop and cell phone use has changed dramatically, some experts believe it’s still too early to tell what long-term health risks cell phone pose.

Second, because cell phones are so popular (with nearly three quarters of the world’s population using them), it is nearly impossible to find a control group of non-users to study and match against participants.

Finally, the study did show a hint of a possible connection between heavy phone use and glioma, a rare but deadly type of brain tumor. However, the numbers in the group were so small, no case could be made.

In about 30 other studies done in Europe, New Zealand and the United States, patients with brain tumors did not report using their phones more than cancer-free people. Also, a recent U.S. National Institutes of Health report found that cell phone use can speed up brain activity but there are no known dangerous health effects.

The International Agency for Research on Cancer will pass its assessment to WHO and national health agencies for guidelines on cell phone use. 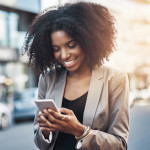