The State of AIDS Among Black Gay Men in America 2012

Young gay black men have a roughly one in four chance of contracting HIV by age 25, according to a new report by the Black AIDS Institute. Another finding: By the time a gay black man is 40 years old, the odds that he’ll be HIV positive are roughly 60 percent. Titled Back of the Line, the report also outlines an immediate action plan to end AIDS among U.S. young gay black men. This population is unlikely to benefit from new biomedical tools to prevent HIV transmission, the report states, adding that these AIDS deaths are due to the combined effects of poverty, unemployment, racism, homophobia and lack of health coverage. 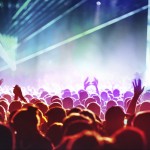