“Try to be a rainbow in someone’s cloud.” ~ Maya Angelou

During a recent emergency room visit, a battery of tests produced no results to why I fainted. The doctors concluded that the event was due to multiple sclerosis and I was released from the hospital.

On the drive home my husband was talking to me but I barely noticed what he was saying. All I could think about was the emergency room doctor’s words, “You are going to be discharged, because there is nothing more we can do for you”.

While my husband navigated through traffic, I sat on the passenger side of the car watching people walk by. I began to tear up. I just kept wishing I had their lives. They looked so happy. Some were laughing and having fun, while others were busy shopping. Not a care in the world. But most importantly, they all looked so healthy.

“There is nothing we can do for you,” is the definition of a chronic debilitating disease. But when I heard it live, out-loud and directed at me, the reality of it crushed my spirit. And the circumstance put me in the midst of one of the saddest moments I have ever experienced.

As we continued home, I hopelessly gazed out the car window at all the happiness around me. It was like being haunted by ghost from my past. Watching a poignant reminder of better times. My veins ran red hot from my fear I would never achieve such joy again. I was trying to smile but something inside kept the pain running through my body, depressing every part of me. Sending hollow thoughts throughout my head. My hopes had been shattered and I felt trapped by my situation.

When we approached a red traffic light, 4 blocks from my home, I made eye contact with a woman. She was sitting in a wheelchair parked on the sidewalk, clutching three grocery bags filled with clothes. The lady was visibly dirty and appeared homeless or at least in dire straits from the way her hair was matted to her head and how she was dressed.

We stared at each other for the entire light cycle. Right before it was time to accelerate through the intersection, she must have noticed the sadness on my face and gave me a big smile and a brief wave. 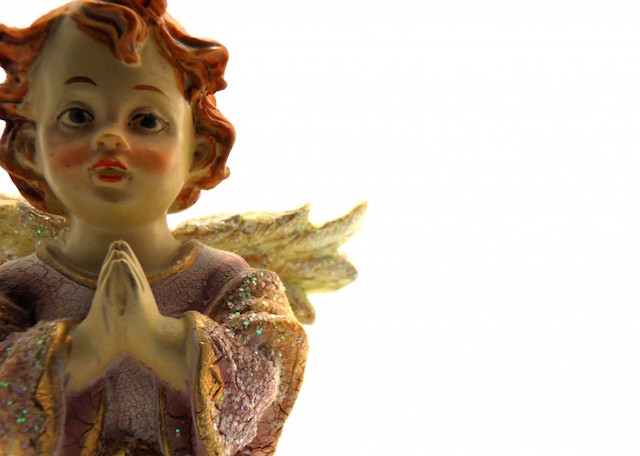 That simple act of kindness, felt like a whisper in my ear saying, “Everything is going to be ok.”

In return, just as the light turned green, I quickly smiled back at her. Then we zipped away. Over the next 5 minutes, I continued to think about the woman. I began to feel so ashamed of myself for having a personal pity party.

I can’t believe, despite her own trials, she was still able to recognize my pain and offer me some compassion.

Once we got home, I felt so bad, I told my husband to bring me back to the spot where I had seen the woman. But by the time we returned, she was gone.

I’m not sure what I would have done if she had still been there but something was drawing me back. I think I would have at least said thank you for being so nice or offered her something she may have needed.

Throughout our lives, we give and receive help and never know where it will come from or when it will be needed. I guess this was my turn for someone to help me and I am so glad she did. She renewed my belief in faith, hope and happiness.

The Kids Are Not All Right. A Maryland Bill Aims to Help.