Protective styling is an important aspect of managing natural hair. There are periods of time in a naturalista’s journey that it’s important to utilize this technique to maintain hair length and to protect strands from breakage during different seasons. Anyone with curly hair realizes that there are certain times when their hair grows the best and also when they need to adopt protective styling. Braids, cornrows, hair extensions, ponytails, and buns are all protective styles that accomplish this goal. Not only are these styles essential for hair growth and length retention, they are also integral parts of African-American culture and used by many naturalistas and individuals in the Black community for years. Therefore, protective styling is a way to connect to our African-American roots and history.

Interestingly, although this styling technique is key to hair health and maintenance, protective styling becomes political when there are rules or laws put into place that suppress individuals’ ability to wear their tresses in specific styles. In the workplace, when African-American hairstyles and natural hair are put under fire and seen as “unprofessional,” Black women feel like they cannot fully express themselves or get jobs if their hair isn’t straight or fits the mold of what is understood as a professional look. Young women struggle in the workforce to embrace their hair and young girls struggle in school to wear their hair in styles that won’t make them seem “unprofessional” by school laws or standards.

Recently, in Boston, in the town of Malden, an incident occurred when school officials summoned 20 black and bi-racial students to the institution’s administrative office for violating its policy of wearing no hair extensions. Other policies of the school pertaining to hair included rules against coloring the hair and wearing tresses “more than two inches in thickness or height.” In addition, apparently, the school’s policy against wearing hair extensions specifically targeted students of color who were called into the administrative office and asked if they were wearing fake hair.

Most of the students school officials called down to the office were given detentions. But twin teenage girls Mya and Deanna Cook received harsher punishments when they refused to remove their braids. The sisters were forced to serve more detentions, suspended from school, forced off the track team, and were barred from attending their prom.

Despite the prosecution, the young girls bravely stood their ground and attracted the attention of attorney general Maura Healey. Healey considered their situation and wrote a letter to the school asking the institution to stop enforcing its discriminatory law. She warned officials that the school’s policy violated state and federal law. That’s when her letter and protests convinced the school to suspend this policy that targeted a specific group of students.

Undeniably, Mya and Deanna sparked a change in their community. But clearly more work needs to be done to change how natural hair and hair styling is perceived. When policies and rules are put in place that penalize African Americans for wearing their hair in its natural state or in styles that support its maintenance and care, that’s when these issues become political problems that must be addressed. It is important to embrace natural hair and styles in public spaces to combat these stereotypes and misconceptions, and also essential for people to understand that Black hair is beautiful and not at all “unprofessional.” 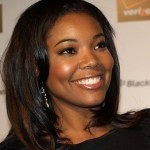 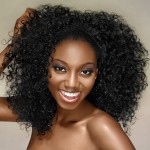