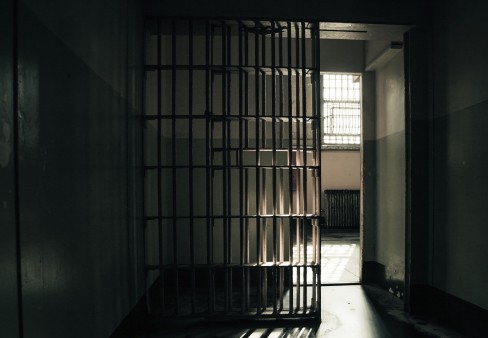 A Negative Mindset Is the Greatest Form Of Imprisonment

I started serving time in 1985 in a New York City county jail called Riker’s Island. Within a few weeks of being there, I witnessed a teenager being rushed to the facility’s hospital because he had attempted to commit suicide by slashing his wrist. I thought, maybe the thought of being sent upstate to prison was getting to him. Or that maybe he had been sentenced to life and chose to take his own life quickly rather than living a slow death.

These thoughts tumbled around in my head and weighed heavily on my mind. Two days earlier, I had been sentenced to 18 years to life for a robbery-related homicide. I automatically connected my reality to what this young kid might have been experiencing. He had also been given a life sentence and he’d simply given up hope.

After a day or two, I learned that the kid had recovered and was placed on “suicide watch” observation. But I also learned that the kid didn’t have a life sentence. He was given a one- to two-year sentence. A one to three?? He was due to be released before the end of the year while I would still be grappling with my own horror and sense of guilt for getting involved in a robbery that unexpectedly ended with the loss of life. Whatever he was going through couldn’t be worse than that. I’m sorry, but I couldn’t’ feel sorry for him. I had my own problems, right?

I would spend years in prison before I could see how wrong I was. And not only wrong for my lack of empathy, I also hadn’t realized that I’d committed a wrong against myself. I didn’t know what he was going through, what personal demons he had, or living conditions that he struggled with. I was too caught up in my own misery—and this had been true of most of my life. I’d been critical of the limitations of others based on what I felt was important to me.

Even as I didn’t like being judged, I’d still judge others based on my reality, as though I was entitled. But, little did I know that the more critical I became of others, the more critical I became of myself. It’s a natural consequence from that type of thinking. The more judgmental, unforgiving and suspicious toward others I became, the more I became a prisoner of my own whims. And prison has literally been the end result of this kind of thought.

It’s funny, but one would think that simply being in prison after all these years is as bad as it gets. But, trust me, the loneliest, darkest prison cell, the biggest (tallest) prison wall, the most threatening gun tower I have ever confronted has been the trap of my own way of thinking.

Sometimes I wish I could go back and talk to the young kid who tried to commit suicide to, maybe, give him some advice and let him know that he wasn’t alone, or just give him a hug. But those wishful thoughts would always end up leaving me with the thought that maybe I needed to go back and hug myself. I was just as vulnerable as he was. The biggest difference was that I probably masked it better by being hypercritical of others to distract me from looking at myself. Or maybe I needed to stop thinking about going back in time and start right then and there. I needed to be liberated by the golden rule, by the I am because we are.