Make Them Hear You! 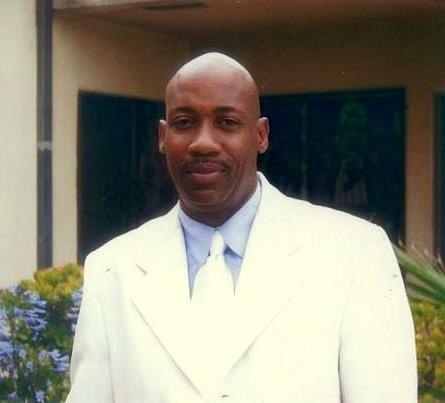 Let me start by saying this: I am an HIV-positive man. Marriage equality has blessed me by allowing me to fulfill a lifelong dream.

All of my life, it seems I’ve struggled for equal rights as an African-American, same-gender-loving man. There were times the battle was so fierce that it almost claimed my life. I even recall a time when I literally had to hire body guards to accompany me to speaking engagements and book signings because homophobic extremists threatened to show up and wreck the meeting, and do me bodily harm if I proceeded as an activist.

There were times when religious zealots who claimed to love God and stand for righteousness (but were really wolves in sheep’s clothing) sought to humiliate and embarrass me in public forums when I was being interviewed on television and radio; but God had my back and enabled me to triumph in each and every situation! ÃÂ¢Ã¢Â‚Â¬Ã‚Â¨
I would be lying if I told you that there were not times when I was afraid. There were times I was nervous and very afraid but I always knew God was with me. Because I was black, gay, and a Christian, people in the LGBT and black communities would persecute and ostracize me because of my deep love for God and my passion to fight for equal rights for same-gender-loving people. It saddens me that in the LGBT community, as well as in the heterosexual Christian community people mistakenly believe that being same-gender-loving and Christian are mutually exclusive. But they are not and I am living proof of that! Believe me when I say that being misunderstood because I am both gay and saved is an understatement!

Still, I refused to continue living on this planet for the duration of my life being marginalized, discriminated against, and yoked by the chains of inequality and inequity.ÃÂ¢Ã¢Â‚Â¬Ã‚Â¨
During my childhood, I never could understand why people couldn’t just leave other people alone. I wondered why they seemed to feel compelled to hurt others who thought differently and who loved differently. To me, being tolerant was, and still is the simplest thing to do!
ÃÂ¢Ã¢Â‚Â¬Ã‚Â¨
Even though my journey has been long, frustrating, difficult and fraught with peril, it was worth it! You see my brothers and sisters, on this historic day (October 6, 2014) hundreds of thousands, if not millions all over America can freely marry the person of their own choosing - a dream I have had all my life!
ÃÂ¢Ã¢Â‚Â¬Ã‚Â¨
I am ever so grateful to God and to all the courageous LGBTQ activists and soldiers who courageously fought for equal rights long before I was ever born. Some of these men and women made the ultimate sacrifice by giving their lives just to make it possible for me to stand on this precipice of time and witness the dawn of this glorious new day.
ÃÂ¢Ã¢Â‚Â¬Ã‚Â¨
Admittedly, I am a bit tired. The battle has been long, hard, fierce, and often lonely.
Sometimes, I feel remorseful, saddened and, at times, resentful because of the life-long battle I had to continuously fight to claim and defend my right to live as I am and love who I choose. Sometimes, I feel I’ve spent and exhausted all of my energy to survive in an unjust and homophobic society. At times, I wonder at times if I had been allowed to blossom, thrive and mature, without restraint, censure, fear, or threat of bodily harm, how much greater might have been the effect I had on the world? How much richer and more joyous could I have made my community and my church?

Yes, at times, living my life was a battle, and I have the spiritual and emotional scars to prove it. But I believe “That which does not kill you will only make you stronger,” and today I am very strong. Moreover, I intend to take this strength and use it to positively shape this world so that my children will not have to deal with the same quality-of-life-sapping obstacles that I had to overcome. In fact, my prayer is that God will continue to give me the strength to keep on fighting until the day comes when no other child--whatever his or her race or gender may be--will ever have to fear being brutally beaten and pushed aside on a playground, or left on a lonely highway, strung up on a fence and left to die just because he or she is gay.

But I think the part that grieves me the most is that while legally we have made remarkable strides, there is still so much more work to be done in African nations, and in local minority communities where being LGBT remains taboo and unacceptable. I believe ÃÂ‚Ã‚Â famed recording artist Jennifer Holiday put it best in her stirring rendition of “Make Them Hear You,” when she encouraged us and planted the seed of wisdom within us necessary to overcome all obstacles and boldly proceed in future endeavors to obtain equal rights in all facets of life--for all people.

To those who blame us for the way we chose to fight, I say this...

Certain Personality Traits Can Predict Plaque Buildup in the Brain