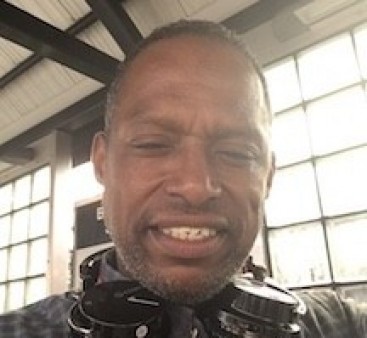 My people how have you all been? It’s been some time since I last blogged and a few things have happened in that time. The best thing that’s occurred is that my wife and I are now at home together and  I’m commuting back and forth between Jersey and Philly.

The other thing that happened is that I was in a training at the AIDS Activities Coordinating Office in Philly and I thought I knew everything there was to know about HIV testing, counseling and outreach. Boy oh boy was I wrong.

Turns out that in a mock testing session the 19-year-old guy I was testing wasn’t talking about PrEP when he was asking me for plan B instead of condoms. I couldn’t believe there was a pill for the morning after to stop a woman from conceiving. All this 19 year old was worried about was not becoming a father. But what about the other sexually transmitted infections besides HIV? Even though it was a training exercise it felt so real. I was in my feelings when it was all over.

I think I told everyone that I got accepted and started going to Community College Philadelphia. Well, that was over a month ago and it was a little overwhelming. I’m 52 years old and everyone looked no older than 21, and it was feeling as if my brain was stuck in quicksand in the classroom trying take in and store information from my English professor. But it just so happens that English is my strongest subject!

However, going to a brick-and-mortar institution is over now. Currently, I’m in school online. Sure, some say I took the easy way out. But I haven’t been to school in almost 35 years.  I was so nervous that I couldn’t think straight. I hadn’t taken my meds for almost the entire month I was there and hadn’t slept an entire night the entire time I spent there. What’s more, I called my sponsor and talked his head off until he told me “Ali I have to be at work in two hours can I please get some sleep?!” That’s when I realized we had been, or I should say I had been, running my mouth for six hours!

Hold up real quick. Before I forget, let me expose the insidious, baffling, and cunning disease of addiction and how it tries to trick us into getting high. Now, I just told y’all how I was nervous, tense and stressed about going back to school. I was on the way home on the train from 30th Street Station that was leaving Philadelphia and going to Newark Penn Station in New Jersey, minding my own business not talking or bothering nobody when this person walks up to me and says “ Hey, bro, you look stressed. You wanna hit this killer weed I’m puffin’? Oh yeah I got some Zannies (Xanax) too, holler at me!”

His offer left me unenthusiastic, folks. I’ve been in recovery for a few 24 hours and the desire to use left me a long time ago. (Please don’t nobody run with that and think I’m saying I have recovered ’cause that is far from what I’m saying.) Now back to the story.

After this joker invites me to make a bonehead decision, I took a moment to thank God for all He has done for me as well as all He hasn’t done for me—not forgetting about all I’m sure He’s going to do for me. See I know I’m truly blessed and I know I have to remain forever grateful and thankful in order for me to stay clean one day at a time.

Anyway, I didn’t take this person up on his offer to self-medicate. I just smiled and kept on moving and the next day I took my fear and nervousness back to community college with me.

For today, my thoughts are on my new associations, people who are not using and have found a new way of life, and so long as I follow that way I have nothing to fear—nothing!

Listen, don’t y’all be afraid to holla at me! Talk to everyone next post!

Comedian Sinbad Is Recovering After a Stroke