Arthritis describes a group of diseases that affect the joints. These diseases all fall under the general category of rheumatic diseases. All rheumatic diseases are characterized by signs of inflammation, such as pain, swelling and stiffness of the joints. The most recently updated estimates show that doctors have diagnosed almost 54 million adults with arthritis and that about 24 million adults suffer from limited activity attributable to the disease. The most common forms of arthritis are osteoarthritis and rheumatoid arthritis. But other forms of the illness include lupus, fibromyalgia and gout.

What are the symptoms of arthritis?

Signs and symptoms vary depending on the type of rheumatic disease. But generally, those who develop these diseases suffer from joint pain, stiffness, tenderness and warmth, along with reddened joints and difficulty moving or using their joints.

According to the National Institutes of Health, researchers believe arthritis is a genetic disease and have identified various genes that cause some forms of arthritis. What’s more, in people who are genetically predisposed to developing arthritis, environmental factors may spark the illness. In addition, hormones and gender differences are also suspected triggers of the disease.

Arthritis affects people of all races and ages, including children. Some arthritic diseases affect women in particular and others more often affect males, but in general, women are hardest hit by the illness. In addition, people of all races and ethnic groups develop arthritis. But some forms of the disease, such as lupus, are more common and severe in African-Americans and Hispanics. Additionally, studies show being overweight or obese is a risk factor for developing arthritis.

How is arthritis diagnosed?

An arthritis diagnosis may be made by a general physician or a rheumatologist based on a patient’s medical history and physical exam (this may require several visits for an accurate diagnosis).

Doctors can order lab tests for samples of blood, urine and synovial fluid (the fluid found in the joints) to check for inflammation, antibodies and various components in blood (called a complete blood count) to help identify different types of arthritis.

In addition, depending on the findings, imaging tests, such as X-rays, ultrasound and MRIs, may be used to check for structural changes and erosion in the joints, loss of cartilage, tears in soft tissue, inflammation, the amount and location of fluids found in joint spaces and whether loose tissue fragments are present.

How is arthritis treated?

The treatment of arthritis depends on the specific arthritic disease doctors diagnose. In general, treatment may include lifestyle changes, such as exercise, using heat and cold therapies, relaxation therapy, assistive devices to ease pain when walking or performing other activities made difficult because of joint pain, and over-the-counter and prescription medications. In addition, doctors may recommend surgery, depending on the amount of pain and damage to joints patients are suffering. 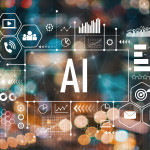