Friday, April 10, marks the National Youth HIV & AIDS Awareness Day (NYHAAD). This year’s theme, according to AIDS.gov, is “Engaging Youth Voices in the Response to HIV & AIDS.” Events scheduled around the day—including a social media campaign around #NYHAAD and @YouthAIDSday—offer opportunities to educate the public about the epidemic’s impact on young people and their risk for the virus.

NYHAAD is organized by Advocates for Youth, which promotes adolescent sexual health.

According the U.S. Centers for Disease Control and Prevention (CDC), about 47 percent of young people surveyed in 2013 were sexually active and 41 percent of them did not use a condom the last time they had intercourse. Other CDC statistics include: 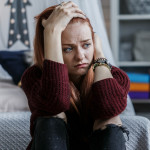