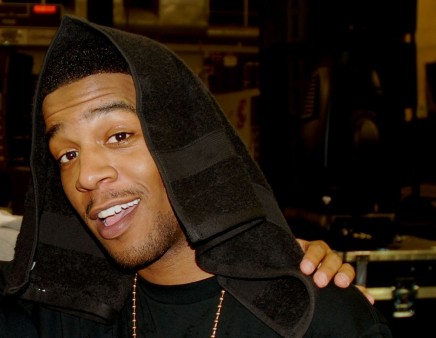 Kid Cudi, the Ohio hip-hop artist known for songs such as “Day ’n’ Night” and “Pursuit of Happiness,” sparked an online conversation about mental illness in the black community after admitting on social media that he is in the midst of a tough battle with depression and suicidal thoughts. Since then, thousands of his African-American fans flocked to the hashtag #YouGoodMan in support of the rapper and to share their own experiences with issues like depression, anxiety, addiction and stigma in their day-to-day lives, BuzzFeed News reports.

At press time, the artist’s Facebook post, which went viral after it was published on October 4, 2016, racked up more than 586,000 likes. Cudi wrote, “My anxiety and depression have ruled my life for as long as I can remember and I never leave the house because of it. I cant make new friends because of it. I don’t trust anyone because of it and I’m tired of being held back in my life. I deserve to have peace. I deserve to be happy and smiling.”

The hip-hop star, whose real name is Scott Mescudi, also wrote that he had checked himself into a rehab facility and would be taking a break from his music career until he recovers.

By the next day, the hashtag #YouGoodMan had gone viral on social media in support of the entertainer. The phrase was reportedly coined by two Twitter users who were hoping to use Cudi’s story as a way to help raise awareness nationwide about black men’s issues with mental illness.

The #YouGoodMan conversation spotlights a few recurring themes, including the number of black men who perceive seeking help for mental health issues as weakness and a lack of masculinity and the need for the African-American community to do more to destigmatize mental illness. The trending hashtag has also helped raise awareness and start conversations online among thousands of black men currently living with or affected by mental health problems.

As Black men we’ve been taught not to talk about mental illness or express our emotions. Glad we’re having the conversation. #YouGoodMan ?

I’m fighting epilepsy, depression, bipolar disorder daily. But I do it with a loving Wife and two amazing sons. #YouGoodMan

Depression wears many faces in the black community. But the first steps to treating the condition are to recognize what it is and to realize there is no shame or weakness in admitting you need help. Click here for more information.