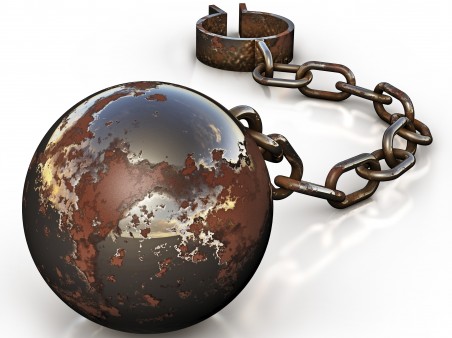 Voices From Behind the Wall

Mass incarceration, public health and what the AIDS educational model can teach us.

In the nearly 200-year history of penitentiaries in the United States, 2015 marked the first time an American president toured a prison. Prompted by growing social and political apprehension about the mounting collateral effects of mass incarceration, President Barack Obama acknowledged that the War on Drugs and other “tough on crime” strategies were political failures resulting in unprecedented numbers of people in prison. “In less than 30 years,” notes Michelle Alexander, author of The New Jim Crow, “the U.S. penal population exploded from 300,000 to more than two million.”

What’s more, U.S. Congress observed that in 2002, more than seven million people were incarcerated in federal, state or local jails. In addition, Congress found that nationally, each year on average, more than 600,000 people are released from prison.

But despite these staggering numbers, mass incarceration doesn’t only affect people in prison. A body of growing research suggests that mass incarceration is also applied to control the social movements of a targeted class of people through the politicization of laws and social policies.

In the United States, 46 percent of African Americans and 19 percent of Hispanics disproportionately comprise two-thirds of federal and state prison populations. When approaching the prison population by class, this includes low-income whites. But by the sheer number of minority groups represented in the prison population, it’s apparent that tough-on-crime political agendas are primarily aimed at punishing communities of color and the working poor.

Fortunately, advocates to end mass incarceration, such as New York City’s Aging Reentry Task Force, work alongside human rights activists to raise awareness of the collateral effects that mass incarceration is having, and will continue to have, on society. Ernest Drucker, author of A Plague of Prisons, and Todd R. Clear, who wrote Imprisoning Communities, both suggest that high levels of imprisonment in certain neighborhoods actually creates more crime and imprisonment.

Interestingly, with the passing of the Second Chance Act, enacted under the Public Health and Welfare title, Congress seemed to agree that the effects of mass incarceration, the reentry of those previously incarcerated into their communities and public safety are indeed public health matters.

Communities struggling with the collateral effects of mass incarceration might greatly benefit by taking a page from the HIV/AIDS education model. Inasmuch as medical research and government funding were critical to raising awareness about the virus, the battle against HIV/AIDS was led by those who were directly affected, most notably, the gay community. Their grassroots efforts had a significant effect on preventing the spread of HIV within their community.

In a similar fashion, communities struggling with the intergenerational effect of mass incarceration should begin to call on community and faith-based organizations to develop strategies that address the reentry needs of formerly incarcerated people. In addition, communities should call for political action to support programs that address the impact of crime on effected neighborhoods, and the creation of crime intervention programs for youth at risk.

Sure, it seems like an enormous task, and yes, government funding is needed to sustain these strategies. But don’t count out the power of the human spirit. We have to become the change we want to see. No one else is going to do it for us.

Alejo Rodriguez is a member of the Prisoners for AIDS Counseling & Education team at Otisville Correctional Facility in Otisville, New York.