A previous study reported that African-American women are three times more likely to produce lower amounts of vitamin D than their white counterparts. But a new study showed that black women who are fighting vitamin D deficiencies don’t need to take more of the supplement than white women to treat the condition, according to a study published in the Journal of Clinical Endocrinology and Metabolism and reported by The Endocrine Society.

For the study, researchers gave African-American and Caucasian women of similar body size different vitamin D doses. When scientists measured vitamin D levels in both groups of women, they found that each group had a similar response to the supplement. “African-American women don’t have to worry about taking larger doses of vitamin D to compensate,” said J. Chris Gallagher, MD, of Creighton University School of Medicine in Omaha, Nebraska, and the lead study author. “They should follow the current medical guidelines for vitamin D supplementation suggested recently by the Institute of Medicine.”

Vitamin D deficiency can cause muscle weakness in adults or rickets in children, among a number of other illnesses. The deficiency is caused when people don’t get enough sunlight or they have a very poor diet.

Another study showed that higher doses of vitamin D have been linked to hardening of the arteries in black patients. Click here to read more. 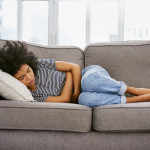