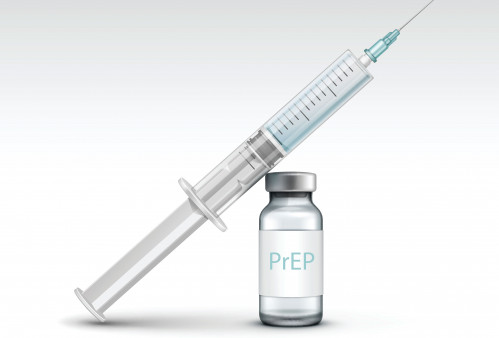 Generic cabotegravir, an every-other-month injectable to prevent HIV, will arrive in select countries. WHO and Health Gap have opinions.

ViiV Healthcare will allow generic versions of its long-acting injectable HIV-prevention drug cabotegravir to be licensed in low- and middle-income countries. ViiV—a pharma company that specializes in HIV treatment—signed a voluntary licensing agreement with Medicines Patent Pool (MPP) on Thursday, according to an MPP press statement, which adds that the agreement will increase access to the cutting-edge and highly effective pre-exposure prophylaxis (PrEP).

Indeed, cabotegravir as long-acting prevention (CAB-LA) was only recently approved for PrEP use in the United States—on December 20, under the name Apretude. (Generics are not available in the States.) As POZ wrote at the time, two large trials showed that Apretude works even better than PrEP pills such as Truvada, a remarkable fact given that daily Truvada itself reduces the risk of HIV by about 99% for gay and bisexual men who use it consistently. (Of note: Cabotegravir is also used, along with rilpivirine, in the first complete long-acting injectable HIV treatment Cabenuva, which is prescribed for people living with HIV.)

Apretude (CAB-LA) is approved for cisgender and transgender men and women with no limitations based on the type of sex they have. What’s more, people on PrEP who opt for injectables no longer have to worry about adhering to a daily regimen of pills or hiding pill bottles that may make them vulnerable to stigma and discrimination.

ViiV’s announcement of the voluntary licensing agreement “represents a potentially game-changing moment in HIV prevention,” said ViiV Healthcare CEO Deborah Waterhouse in the MPP statement. “Enabling at-scale access to generic [CAB-LA] for PrEP could play a significant role in averting the transmission of HIV, particularly amongst women and adolescent girls, and help end the HIV epidemic. I am proud that through our long-standing partnership with MPP, we continue to play our part in widening access for people in resource-limited countries to new innovative medicines.”

In a separate statement, the World Health Organization (WHO) applauded the agreement to allow generic CAB-LA and released guidelines to support countries where the injectable will be rolled out. For example, many countries will likely face challenges, including costs, in implementing CAB-LA.

“Long-acting cabotegravir is a safe and highly effective HIV-prevention tool but isn’t yet available outside study settings,” said Meg Doherty, MD, PhD, director of WHO’s Global HIV, Hepatitis and Sexually Transmitted Infections Programmes. “We hope these new guidelines will help accelerate country efforts to start to plan and deliver CAB-LA alongside other HIV prevention options, including oral PrEP and the dapivirine vaginal ring.”

Writing an opinion piece in the Journal of the International AIDS Society, several WHO experts agreed that CAB-LA “is a new, safe and highly efficacious additional PrEP choice” that “may reach new clients for HIV prevention and be a more acceptable choice for people who have concerns about oral PrEP or other prevention options or difficulty taking these as prescribed.”

The WHO authors add, however, that “evidence is lacking about effective models for providing CAB-LA in real-world settings, especially for populations either not included or under-represented in the trials, including sex workers, people who inject drugs and transgender men, and others living in diverse settings and geographies.”

Meanwhile, advocates at Health GAP (Global Access Project) offered more pointed criticism of ViiV’s voluntary licensing agreement for CAB-LA. “Generics won’t reach the market for years and years,” said Health GAP executive director Asia Russell in a press statement. “ViiV must cut the price now to one equivalent to the price of oral PrEP, and make sufficient supply available so people can actually access it. The time lost while ViiV delays will be measured in preventable infections.… This license is not open, doesn’t include tech transfer, and doesn’t include all countries where it is needed. With the current direct and indirect territorial coverage included in this licensing deal, there are still far too many people left behind including those who stand to benefit the most from this scientific advancement. Brazil is an excluded country–when gay men and other men who have sex with men and trans women participated in clinical trials that delivered the data to make CAB-LA a marketable product for ViiV.”

The licensing announcement and the WHO guidelines were released ahead of the International AIDS Conference (AIDS 2022), which kicked off Friday, July 29, in Montreal. To read a collection of news, including late-breaking research presented at the conference, click #AIDS 2022.