A husband and wife from Fort Washington, Maryland, have been sentenced to more than four years in prison for embezzling more than $1 million from a global health program, The Associated Press reports. He got a 51-month sentence, and she got five years of probation with the first six months under house arrest. Mark Adams, a former contractor for the U.S. Agency for International Development (USAID), and his wife, Latasha Bell, had pleaded guilty in 2012 to one count of conspiracy to commit wire and mail fraud. They admitted to using the money to fix up their house and buy a luxury car. As a deputy director of a private contracting company, Adams submitted and approved false invoices to the USAID global health program, which fights HIV/AIDS and other diseases. 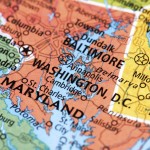