The 60 recipients of federal Ryan White funding work to prevent HIV transmission and improve access to care and treatment.

The Department of Health and Human Services (HHS) awarded a total of $115 million to 60 recipients to help end the HIV epidemic through efforts to prevent transmission and to connect people living with HIV to care and treatment. The funding arrives through the federal Ryan White HIV/AIDS Program, which provides services to low-income people living with and at risk for HIV, according to an HHS press release.

About 560,000 people with HIV in the United States receive services through the program. That’s nearly half of the 1.2 million people with the virus. What’s more, 88% of people receiving care through the Ryan White program attain viral suppression. People with an undetectable viral load not only enjoy longer and healthier lives but also do not transmit HIV through sex, a fact referred to as Undetectable Equals Untransmittable, or U=U.

The HHS awards can be divided into three major categories:

You can read a complete list of the recipients on this page of the Health Resources & Services Administration (HRSA) website, the HHS department that oversees the Ryan White HIV/AIDS Program. The HRSA video below looks at 30 years of the HIV program:

“With advancements in HIV treatment and innovative strategies to drive health equity, we have the tools to end the HIV epidemic in the U.S.,” said HRSA administrator Carole Johnson in the HHS press release. “We are leading this fight by focusing our HIV investments in the places that need it most and partnering with communities to address critical needs like housing and mental health. Ending the epidemic is within reach if we continue to center our work on the needs of individuals with HIV and supporting proven strategies to reduce new infections.”

The awards are part of the national Ending the HIV Epidemic: A Plan for America initiative. Launched in 2019 by President Donald Trump, the plan aims to lower new HIV rates by 75% by 2025 and by 90% by 2030. This would amount to fewer than 3,000 HIV cases a year. “Reducing new infections to this level,” according to the initiative, “would essentially mean that HIV transmissions would be rare and meet the definition of ending the epidemic.”

The strategy for reaching these benchmarks involves investing federal funding and resources in programs such as Rapid Start and PrEP (pre-exposure prophylaxis, the pills and injections that prevention HIV) in 57 key jurisdictions. These are the 48 counties nationwide plus Washington, DC; San Juan, Puerto Rico; and seven rural states with high HIV burdens (Alabama, Arkansas, Kentucky, Mississippi, Missouri, Oklahoma and South Carolina) that together account for 50% of new HIV cases.

To learn more about the Ending the HIV Epidemic initiative, read an overview at HIV.gov and visit the official web page at HRSA.org.

To learn more about Ryan White HIV/AIDS Program, which celebrated 30 years in 2020, see this October article that breaks down the program’s $2.21 billion budget. 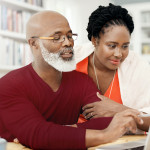