A Glimmer of Hope for Those With Parkinson’s Disease

High body levels of urate (an antioxidant found in the body) could slow the progressive nerve damage of Parkinson’s disease, suggest researchers who reviewed old study data, according to a story reported on by HealthDay News.

But the study’s senior author, Michael A. Schwarzschild, MD, cautioned against immediately using that information. “The study doesn’t prove that urate is slowing down the disease, and we need clinical trials to see if progression is based on levels of urate.”

The results will be available in two years, maybe longer for definitive studies.

In the meantime, researchers warn people with Parkinson’s disease to avoid self-treating with inosine, a widely available dietary supplement that forms urate. They also counsel people against overdosing on natural sources of the antioxidant, such as liver and fructose, to treat the condition. (An overdose of urate could cause kidney stones, gout and an increased risk of cardiovascular disease.)

In the Future, Amazon’s Alexa Could Help Diagnose Medical Conditions 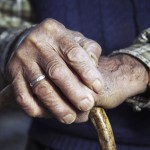 Are Increased Lipid Levels an Early Sign of Parkinson’s Disease?