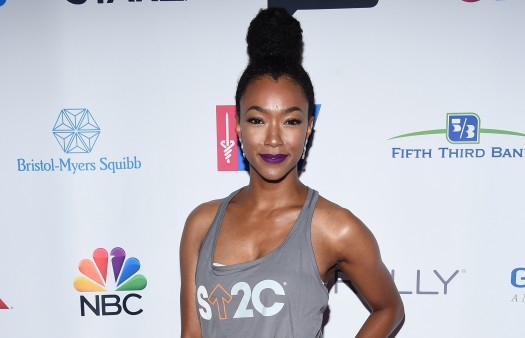 The actress and SU2C ambassador encourages diverse groups of cancer patients to participate in clinical trials.

Sonequa Martin-Green watched both her mother and sister fight and survive cancer. This is why the actress, known for her roles in the TV series Star Trek: Discovery and The Walking Dead, recently teamed up with Stand Up To Cancer (SU2C) for a new public service announcement (PSA), reports Essence.

“My mom had breast, colon and a slow-growing stomach cancer,” said Martin-Green, a SU2C ambassador. “She survived all three. She’s a warrior, a hero. And my half-sister is a breast cancer survivor. Cancer is everywhere in my immediate family, and I have so many other family members [who’ve been affected], just one after the other.”

The “Stand Up for All of Us” PSA, which launched on February 15, aims to raise awareness about the importance of clinical trials and increase the number of participants from different backgrounds and ethnicities.

“Clinical trials are a fundamental path to progress and the brightest torch researchers have to light their way to better treatment,” says Martin-Green in the PSA, which can be viewed below. “And if you’ve been diagnosed with cancer, they may be your brightest ray of hope. That’s because clinical trials allow researchers to test cutting-edge and potentially lifesaving treatments while giving participants access to the best options available.”

Martin-Green believes the opportunity she received to advocate for more community involvement in the fight against cancer is a platform that allows her to help create solutions to the problem.

“Everybody can choose to get involved and be engaged,” Martin-Green told Essence. “Every single person can read and learn more about what’s going on in their community and with their family and friends who are dealing with this disease.”