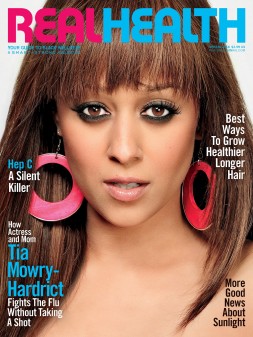 Not trying to scare anyone, but the flu can land you or your child in the hospital. It can even kill you. 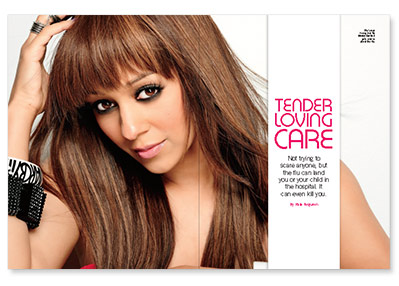 You may remember Tia Mowry from the sitcom Sister, Sister that featured her and her real-life twin, Tamera. The series stressed relationships and was perfectly aligned with Tia’s focus on the importance of family and protecting your loved ones from harm.

Today, the actress, author and entrepreneur has a hyphenated last name. She’s Tia Mowry-Hardrict, married and the mother of one son, Cree Taylor Hardrict. He’s one of the main reasons she is currently a spokesperson for FluMist Quadrivalent, a nasal flu vaccine.

Recently, Mowry-Hardrict starred in FluMist’s humorous video campaign, “I Insist on the Mist,” playing a mother and career woman rushing around like crazy during a busy day. The video shows how convenient the nasal spray vaccine is for multitasking women with families.

Her matchup with FluMist was a “no-brainer,” Mowry-Hardrict says. After all, as a wife and mother, she understands how the flu can have a huge effect on everyone in the family.

“Flu vaccinations have been a part of my life ever since I was a child,” Mowry-Hardrict explains. “It was something that my mom, and my family, felt was important. To me, it’s really critical to make getting the flu vaccine part of my family’s annual routine.

“But I really was never a fan of needles at all,” she adds. “When I grew up, since my mom wasn’t taking me to the doctor to get flu vaccinations, I decided I’m just not going to do it. But then I started to realize how the flu can affect your family in really bad ways.”

After Mowry-Hardrict learned that there was a pain-free way to get vaccinated, she embraced the mist.

FluMist Quadrivalent is a nasal spray that’s described as the first and only FDA-approved, needle-free flu vaccine for people ages 2 to 49 who aren’t pregnant. The one-time application of mist that’s sprayed into each nostril is perfect for Mowry-Hardrict because the process is “very quick and easy,” she says. “It’s almost like someone is just spraying water up your nose, but since it’s a mist there’s not a lot of pressure, so it’s not like there’s a lot of something going up your nose. It’s simple and light, doesn’t burn at all and doesn’t even tickle.”

Despite recommendations from the Centers for Disease Control and Prevention (CDC) that everyone age 6 months and older get vaccinated each year, less than half of adults and just over half of children in the United States get a flu vaccination. This is why Mowry-Hardrict says she wanted to help parents learn more about a different way to get family members vaccinated. “I know several people who have been knocked out by the flu—some even thought they were going to die,” she says. “I know that may sound a little harsh. But the point that I’m trying to make is that the flu isn’t just a bad cold.”

Mowry-Hardrict is right.  Although viruses cause the common cold and the flu, influenza can be deadly. According to U.S. health officials, even a healthy child can die of the flu. Most often, the reason this happens is because the more severe strains of the influenza virus can trigger serious, life-threatening complications.

According to the CDC findings published in the journal Pediatrics, flu complications killed 830 healthy children between 2004 and 2012. Of those kids, 35 percent died before they were hospitalized or within the first three days of developing signs of illness.

“I think people have this assumption that the flu is just a bad cold,” Mowry-Hardrict repeats. “But it’s not.” 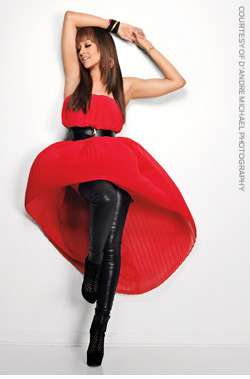 Besides children, other population groups are at high risk of developing flu complications that may result in hospitalization or death. This includes adults ages 65 and older, pregnant women, American Indians and Alaskan Natives. Also vulnerable, says the CDC, are people with certain serious medical conditions, including asthma, heart disease, weakened immune systems, and kidney, liver or blood disorders.

Typically, flu season begins in the fall and peaks in January or February. But seasonal flu can occur as early as October and as late as May.

“We start to see it settle down usually around March or April,” says Amisha Malhotra, MD, an assistant professor of pediatrics at Robert Wood Johnson Medical School in New Jersey. “But last year and the year before, we saw the flu last even longer than that.”

Malhotra stresses that the flu is unpredictable. “Its severity can vary widely from one season to the next,” she says. “As such, the single best way to protect yourself and your family from influenza is by getting an annual flu vaccination.”

Flu vaccines prevent the illness much like other vaccines: by exposing the body to weakened versions of the virus so the immune system can build a natural defense against the disease.

There are numerous types and strains of influenza virus. Seasonal flu vaccines, such as FluMist, protect against the influenza viruses that research indicates will be most common during the upcoming season. “This is the first year we’re including four strains of the flu virus in the vaccine,” explains Malhotra, adding that the vaccine usually prompts a vigorous response in children.

Nonetheless, some parents express concern about ingredients in flu vaccines that might spark allergic reactions. But FluMist is preservative free, Malhotra explains. And the preservatives used in other vaccines are usually “minuscule,” she says. “I don’t often hear of significant reactions.”

When there are mild side effects—such as a runny nose, a bit of a cough or a low-grade fever—parents shouldn’t necessarily be concerned. “I just think parents should know about these side effects so they’re not surprised,” Malhotra stresses.

Typically, children who take FluMist may experience similar side effects. But the makers of the nasal spray do caution parents that kids with a history of wheezing should not use FluMist.

According to some studies, African-American parents are more likely to have concerns about the flu vaccine. Some believe the vaccine can actually cause the flu. But plenty of information sources—including insistonthemist.com and cdc.gov—are available for anyone with these concerns.

“As a pediatrician, I recommend that we do try to protect our families,” Malhotra says. “We have seen sick kids admitted [to hospitals] because of something that’s preventable, so I’m a big advocate of getting vaccinated for the flu, and I encourage parents to get educated about it because you have to be knowledgeable.”

Indeed, Mowry-Hardrict is one mom who insists on being totally prepared for flu season. “Some people just seem to think they’re immune to the flu, and they don’t get vaccinated,” she says. “The best thing you can do for the flu is to protect yourself and your family and get that flu shot.”

Like Tia’s cover look? To read a Q&A with her celebrity hairstylist and “jeug’e master” Karim Odoms, click here.