The U.S. Centers for Disease Control and Prevention (CDC) recently released new interim guidelines to help prevent the sexual transmission of Zika virus, after confirming that the illness passed between sexual partners in Texas, Time reports.

Zika is a mosquito-borne virus that’s linked to the proliferation of a rare birth defect called microcephaly in Latin America. (Babies born with microcephaly have abnormally small heads because their brains don’t develop properly.) Scientists have detected the virus in 26 countries and territories in the Americas, including the United States. But so far, there is no vaccine to protect people from contracting Zika.

The CDC’s new recommendations to prevent sexual transmission of Zika suggest that pregnant women and their male sexual partners who live in, or have travelled to an area known to be affected by Zika either use condoms during sex or abstain from all sexual activity during pregnancy.

Federal health authorities also warned that women who aren’t pregnant and men who may have traveled to regions with Zika may want to take precautions during sex to prevent transmission of the disease. In addition, the CDC advised pregnant women who recently traveled to Latin America to get tested for Zika as soon as possible.

Zika virus rarely causes symptoms; however, signs of an infection include a slight fever, rash, muscle pain and/or a headache lasting for a day to about a week. At press time, the CDC reported at least 35 cases of Zika virus disease in the United States, all associated with travel. This is in addition to cases of Zika disease acquired through sexual transmission.

For a quick look at safe sex and contraception strategies, click here.

No, the New Coronavirus Is Unlikely Sexually Transmitted Via Semen 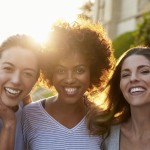