Older drugs, many on the market for years, are rising in cost much faster than inflation.

What’s driving rising costs for U.S. prescription drugs? New drugs certainly play a role. Many of these provide significant advances in treatment and, in the case of hepatitis C, may even save money over time. These medications are expensive to develop and often expensive to manufacturer, and pharmaceutical companies argue that their high costs are needed to support research and development. But a new analysis published in the journal Health Affairs points to an underappreciated contributor: rampant inflation in thousands of everyday drugs that have been on the market for years.

First, a little background: Prescription drug prices in the United States are the highest in the world—and rising. Already in 2019, about three dozen drug companies have raised prices on about 250 prescription drugs by an average of 6.3 percent—triple the inflation rate—according to Fortune.

For the Health Affairs analysis, researchers at the University of Pittsburgh, Harvard University and other institutions examined the list price of tens of thousands of drug codes from a national database between 2005 and 2016 and analyzed claims for each code in the same period from the University of Michigan Medical School health plan pharmacy.

New specialty drugs—highly complex medications that require special handling and administration—for cancer and other conditions drove some increases in prices. Indeed, in the case of oral specialty drugs inflation was an extraordinary 21 percent.

But for name-brand drugs that treat a wide variety of chronic diseases, the story was very different. Each year, the cost of oral drugs such as pills and capsules went up 9 percent, nearly five times the general rate of inflation. For injectables, the inflation rate was higher: 15 percent. And in both cases, according to the University of Pittsburgh, soaring prices were overwhelmingly attributable to existing drugs. Example: The price of Lantus, the name-brand insulin used to diabetes, went up 49 percent in 2014 alone—yet it has been on the market for more than a decade.

“It makes sense to pay more for new drugs because sometimes new drugs are more effective, safer or treat a new disease you didn’t have a treatment for. Sometimes new drugs do bring more value,” said lead author Inmaculada Hernandez, PhD, assistant professor at the Pitt School of Pharmacy. “But the high year-over-year increases in costs of existing products do not reflect improved value.”

As the national debate continues over rising drugs costs, including those for cancer and HIV, the emphasis is often on expensive new medications. But existing medications need to be part of the discussion too. As the researchers write in Health Affairs, “These estimates demonstrate the important contribution of existing product price inflation on the rising costs of drugs and lend support to policy efforts aimed at controlling price inflation.” That’s especially true for these older drugs, they write, because “rising costs due to inflation do not reflect important value for patients.”

Cancer and Quality of Life: How to Stand Up for Yourself 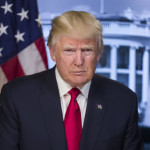 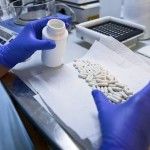 Here’s One Way Pharma Keeps Generic Meds Off the Market