The entertainment industry has the amazing power to shape our attitudes and opinions about ourselves and others. When properly channeled, this ability can boost the self-esteem of individuals and whole communities and strengthen the bond between different groups of people by showing how much it is that human beings have in common. Every so often, the industry miraculously produces a movie that accomplishes all of this in a way that cuts across many of the issues that divide us, such as race, religion, gender and age; demolishes stereotypes; and weaves an empowering new thread into the narrative about Black lands, culture and people. Black Panther, with its courageous, noble superhero, King T’Challa of Wakanda, a fictional African kingdom, is such a film.

“When I discovered the Black Panther, I was really young. I was, maybe, 5, 6, 7 years old, so I just remember thinking how cool the character was, how cool the costume was. And back then, when I first started reading comic books, in the early ’70s, there were very few comic book characters who looked like me,” states Jesse J. Holland, an Associated Press reporter and the author of Who Is the Black Panther?, the companion novel to the film. “I always loved the Avengers, the Justice League, Superman, Batman, Spiderman, the Hulk, but there were very few characters in those comic books who were people of color. The Black Panther was one of those few, and he was always a standout character. He was never a sidekick and was always smart and athletic; people always respected him. I just immediately glommed on to this character and have been following him ever since.”

Like Holland, many African Americans who were aficionados of the Black Panther and were deeply affected by this superhero growing up felt a special connection to the movie. One woman in particular, Uchenna Okoye, MD, MPH, a member of the board of trustees of the American Psychiatric Association (APA) and a resident physician at UCLA Semel Institute for Neuroscience and Human Behavior, said in a blog post published by the APA that she felt the film acted as an agent for social change because it countered the overwhelming number of “negative and devaluing images of African Americans” as well as “more accurately characterizes our group identity and reinforces the positive attributes in us as individuals.”

Holland agrees that the movie’s positive impact on the mental health and well-being of Black kids is particularly important. “Representation matters, and it matters a lot for children to see positive images of themselves,” he says. “We saw some of the same effects last year around the release and success of the movie Wonder Woman. For the first time, little girls were able to go to an adventure movie, a superhero movie, and see themselves in the title character. The exact same thing happens with Black Panther. For the first time, people of color—Black boys and people with brown skin—go to see this superhero tale and are able to see themselves in the hero.”

Part of Black Panther’s effectiveness as cinematic psychotherapy lies in its focus on the Black family and the strength, love and respect its members share. In addition, the film accurately paints Africa as a land of God-given riches, with huge technological potential and deep-seated spirituality. 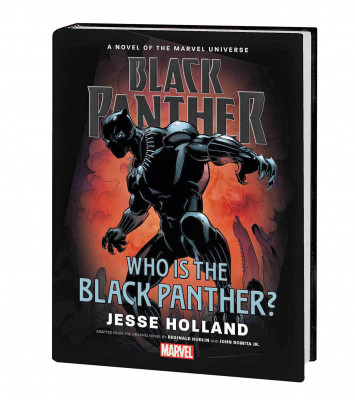 “We haven’t had enough of that, especially in films,” observes Ron LeGrand, a community activist, attorney and president and CEO of the LeGrand Group. “The movie is also a rebuttal of recent derogatory remarks about African nations made by the current occupant of the White House. To me, the thing that makes Black Panther unique is that the film was written, produced and directed by Black people, with an almost entirely Black cast. The storyline is positive, powerful and inspirational, perhaps even aspirational.”

LeGrand is also an advocate who works to raise awareness of domestic abuse among men and boys in order to prevent such violence and to reshape their viewpoints on what constitutes healthy masculinity. He believes that the timing of the release of Black Panther, which came hard on the heels of the films Hidden Figures and Selma, couldn’t have been better. “Hidden Figures certainly profiled very talented and intelligent Black women who were capable and, frankly, who were being underestimated and, in many ways, undervalued,” he says. “But they managed to show their brilliance and their talent through it all. Black Panther raised it yet another notch.”

According to scientific study findings, overt acts of racism aren’t the only occurrences that negatively affect Black folks. African Americans experience hostile, derogatory and dismissive episodes every day. These incidents, which a Harvard professor called “microaggressions,” may seem minor. But as the offenses accumulate over time they can trigger physical pain, fatigue, higher blood pressure and elevated heart rates, and mental health problems, such as depression and anxiety.

The archives of American entertainment are replete with examples of microagressions against Black history and culture. “The only positive things we’ve seen out of entertainment about Africa have been stories of white heroes going to save it,” says Holland. “This movie for the first time shows Africa as a positive influence, as a place where you want to be, not somewhere you’re trying to escape from. For people of African descent, this isn’t something we’ve seen before. Being able to have pride in the place that you come from is always a positive thing for adults and children.”

Black Panther’s impact on moviegoers leaps beyond the positive effects the film has had on mental health in Black communities. Superheroes usually transcend race; therefore, they’re also role models for everyone. “All of the same things that the Black Panther does for African Americans, the movie also does for people who aren’t African Americans,” Holland says. “They’ve also been part of a culture that hasn’t seen Africa as a positive place, so they’re having their opinions of Africa changed by this movie.”

Historically, many of the accomplishments of people of color have gone largely untold, which has served to support the ignorance of those who wear racist blinders. In the United States, both white and Black people by and large have been socialized to view the world through a lens that excludes nonwhites and denies their contributions to American life and culture. 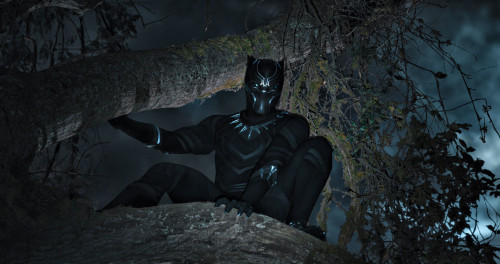 Of course, some progress has been made over the years, but persistent racist attitudes and ideas continue to drive the belief that Black people are inherently inferior. Like LeGrand, Holland thinks the world is in the middle of an entertainment revolution. “We saw the success of Wonder Woman last year in bringing women to the forefront of adventure movies,” he says. “Then we saw Black Panther bringing people of color to the forefront in popular entertainment.”

Although the current political administration supports policies of exclusion, the United States is becoming a more diverse country. “It’s like it’s God at work sending this movie to His people and saying, ‘Yeah, my people need this right now with no further delay,” LeGrand says.

Holland attributes the appeal of Black Panther to the character’s ability to resonate with everyone as a result of his honor, nobility, strength and intelligence. “It just has extra meaning to people of color because we haven’t seen ourselves portrayed like this in popular entertainment before,” he says.

“For those of us who are watching these movies and reading these novels, it’s a great thing because it raises our self-esteem to see ourselves portrayed in this way on the big screen, showing that heroes don’t have to be blond, blue-eyed men,” Holland adds. “They can be women; they can be people of color. And this is a big step forward for the self-esteem of children who are growing up hearing these tales and wanting to emulate these heroes.” 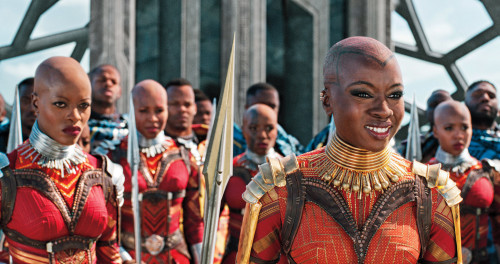 A scene from “The Black Panther”Courtesy of Jesse J. Holland/Timothy Ivy

This persistent problem can deal real damage to kids.

Last spring, a group of researchers presented findings at the Pediatric Academic Societies Meeting showing that repeated exposure to discrimination was tied to higher rates of attention deficit hyperactivity disorder (ADHD), anxiety and depression as well as decreased general health among children across racial and ethnic groups.

For the study, scientists reviewed data from almost 100,000 participants in the 2011 to 2012 National Survey on Children’s Health. Researchers asked the caregivers of kids in the survey whether the youngsters had ever been “judged or treated unfairly” because of their race or ethnicity.

After adjusting for socioeconomic status, family structure, primary language and other factors, investigators found a significant connection between exposure to racism and health. For example, the average proportion of children whom parents reported to be in “excellent health” dropped by 5.4 percent among those who faced racism. In addition, exposure to racism seemed to increase the odds of children developing ADHD by 3.2 percent.

According to Ashaunta Anderson, an assistant professor of pediatrics at the Center for Healthy Communities at the University of California Riverside School of Medicine and the study’s lead author, low-income minority kids—especially Hispanic youngsters—suffered the biggest reduction in general health. What’s more, children who experienced racial discrimination faced twice the odds of anxiety and depression compared with kids who didn’t.

Anderson suggests that children affected by discrimination need coordinated efforts to support them. These include age-appropriate coping strategies and programs that offer parents and peers positive training and role model relationships to help buffer youngsters from the negative health effects of bias and prejudice.