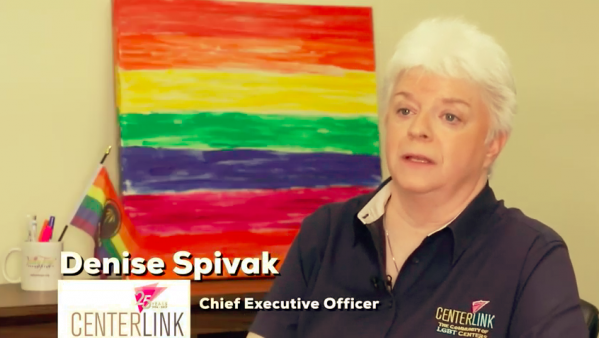 Click to watch a video about the ADVANCE study, which looks at the eligibility of gay and bisexual men to donate blood. YouTube/ADVANCE study

Editor’s Note: The below story was originally published June 30, 2021. However, in early 2022, HIV.gov issued a call to action via a blog post titled “Participants Needed in Blood Donor Study: Could Lead to Eligibility Changes for Men Who Have Sex with Men.” We are republishing our original article to bring the study to your attention.

Attention gay and bisexual men who would like to be able to donate blood: Eight LGBTQ community centers across the nation are participating in federal research that could possibly expand the eligibility of men who have sex with men to donate blood.

Specifically, for the ADVANCE (Assessing Donor Variability and New Concepts in Eligibility) study, which is now underway, eight LGBTQ community centers are working with the Food and Drug Administration (FDA) and three of the nation’s largest blood centers to collect data—and they’re looking for participants.

As the video at the top of this article explains (you can watch it on YouTube here), current FDA guidelines state that a man cannot donate blood if he has had sexual contact with another man in the past three months. In other words, gay and bi men must be celibate for three months before they can donate blood.

Arguably, the three-month deferral is a big improvement on the previous policy, which required a year of celibacy from gay and bi male donors. That policy was updated in April 2020.

But is a time-based deferral system the best way to measure a donor’s risk of having HIV? Is it possible that an updated questionnaire, given before donating blood, could better assess a person’s risk and thus allow more gay men to donate blood?

The three month period isn’t arbitrary. As the researchers in the video explain, it factors in the period after an HIV infection during which the virus might not show up on certain tests. Someone tested within the window period might receive a negative result when in fact the person is HIV positive and not showing any symptoms.

Testing to screen the blood supply is highly sensitive, but a small risk could exist during the window period. The new research hopes to establish whether self-assessment of risk via the questionnaire is as effective as the three-month deferral period.

The ADVANCE study aims to recruit a total of about 2,000 gay and bisexual men through LGBTQ community centers, with about 250 to 300 from each of the following cities:

Three blood collection centers—the American Red Cross, OneBlood and Valiant—are working with the study. According to a press release from the Los Angeles LGBT Center, which is participating in the study, these three blood centers make up 60% of the nation’s blood supply.

“The elimination of the FDA’s archaic blood donation policy for gay and bi men is long overdue. The decades-old policy was enacted at a time when there was little science on the mechanisms of HIV transmission and the epidemic was concentrated in the gay community,” said the LGBT center’s chief medical officer, Robert Bolan, MD, in the press release. “The center is eager to contribute, through the ADVANCE study, in ending the stigma surrounding HIV and AIDS and the discrimination that targets gay and bisexual men.”

“If the scientific evidence supports the use of the different questions, it could mean gay and bisexual men who present to donate would be assessed based upon their own individual risk for HIV infection and not according to when their last sexual contact with another man occurred,” added Susan Stramer, PhD, vice president of scientific affairs, with American Red Cross Biomedical Services.

To learn more about the ADVANCE study—including how to enroll—visit ADVANCEstudy.org.

In related news, check out this POZ article on World Blood Donor Day (observed June 14) to learn more about the nation’s blood supply and to read about artist Jordan Eagles, whose Queer Blood America artwork for the awareness day fights the FDA’s discriminatory ban. 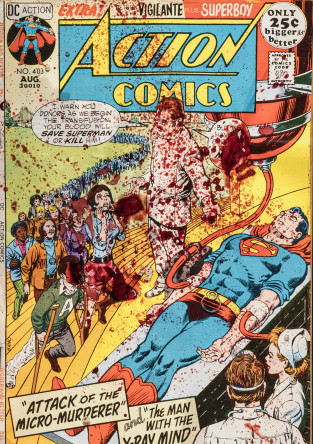 Earlier this year, in an article titled “Fighting for Your Right…to Donate Blood,” POZ wrote about Eagles’s solo exhibit Can You Save Superman? II, for which he used superhero comics and blood donated by people with HIV and gay men on pre-exposure prophylaxis (PrEP).

The ADVANCE study isn’t the only research LGBTQ health and community centers are participating in. Several are currently collaboration on an effort to track the COVID-19 experiences of their clients. For more details, see the COVID Health article, “Making Sure That LGBTQ People Get Counted in COVID-19 Data.”