Former Rockette Jennifer Jones followed health guidelines and got a colonoscopy at age 50. Then she learned she had Stage III colon cancer.

In 2017, at age 50, Jennifer Jones reported to the hospital for her first colonoscopy. The grogginess from the anesthesia used to put her under for the procedure was just starting to wear off when her gastroenterologist told her that she had colorectal cancer. The diagnosis stunned the leggy retired Radio City Rockette—the first Black woman to become a member of America’s most iconic dance troupe.

“When I initially made the appointment with her, I remember saying that I think something is wrong,” Jones says. “But my doctor didn’t seem concerned, so I wasn’t overanxious about taking the test.”

Afterward, Jones thought about being a dancer and working out every day and being a vegetarian for over 30 years. She’d been having more gas than usual, but she didn’t pay too much attention to that problem. “I thought maybe I was just allergic to gluten,” she says. “Allergies were becoming more prevalent, so I thought maybe I had fallen into that category.”

Before she shared the news with her family, Jones underwent additional tests that her doctor recommended: a CT scan and an MRI. When she learned she had Stage III nonhereditary colon cancer, Jones was shocked.

The stages of colorectal cancer range from 0 (very early cancer) to IV, the deadliest. Stage IV means the cancer has metastasized, or spread to other parts of the body. Jones’s later-stage diagnosis was determined by how much the cancer had spread and the size of her tumor.

“It wasn’t until maybe about a month later that I told my family. I wanted to know what I was looking at, and I only wanted a close circle of people to know,” she says. “I did not want everyone in my family to know, except my parents and my sister, and I told my boyfriend and one other close friend. I just kept the circle very close-knit. And I told my aunt and uncle.” 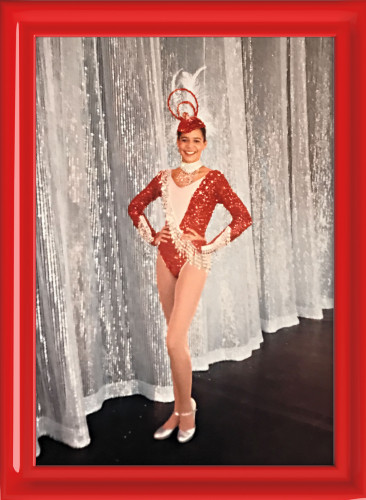 Jones’s parents also expressed disbelief when they learned of her diagnosis. Her father, who lives in St. Croix, one of the U.S. Virgin Islands, was surprised because Jones had led a healthy lifestyle since childhood. “He and I are the ones who get up at 7 a.m. and go for our run on the beach and swim in the ocean while everyone else is sleeping,” says Jones. “The news took my mom’s breath away, and my kids were in shock as well because they know how healthy I eat.

“My boyfriend sat and cried,” Jones continues. “Everyone was very supportive, and my sisters did research on colon cancer. My older sister just said, ‘Sloan. Go to Sloan [Memorial Sloan Kettering Cancer Center, a cancer treatment and research institution in New York City]. That’s where I found my doctors.”

Jones’s medical team there consisted of two women: one oncologist and a surgeon. “That was very comforting to me,” she says. “Another reason why I did not want a lot of people to know [about my diagnosis] is because it concerns a section of my body that controls my bowels. I wasn’t ready to talk about everything that I was going through, and having my doctors be female made it very comfortable to talk about certain things.”

The treatment Jones’s doctors recommended was challenging. They proposed two methods of chemotherapy. Treatment entailed IV infusions that lasted from one to three hours and 14 days of pills followed by seven days of rest. “It wasn’t bad at first, but the side effects from the intravenous chemotherapy were the worst,” she says.

Jones, who stands a willowy 5 feet 8 ½ inches tall, saw her weight drop to 115 pounds after starting treatment. “The reason why it was so low was because I was controlling my eating because of my bowels,” she explains. “After I had my first IV treatment, I immediately felt better,” she says.

But the side effects of therapy worsened as Jones continued her intravenous treatments.

She experienced peripheral neuropathy, a progressive type of nerve damage that triggered sensitivity to cold in her hands. Wind bothered her, and her throat would constrict immediately following treatment.

“For me, as a dancer, being precise and doing workout routines motivated me,” she says. “I completed chemo—six rounds of intravenous and eight rounds of pills—even though it was very difficult.”

Jones kept gloves by her refrigerator and wore them when she had to reach inside. On the days after treatment, she practiced hot yoga, hoping to move the chemo meds through her body and sweat out toxins, despite knowing this was wishful thinking.

The pills discolored her palms and the bottom of her feet, and the nail of her pinky toe fell off. The skin on the soles of her feet flaked; blisters formed and burst. She didn’t lose her hair, but it thinned out. “I had to be aware of what was happening to my body,” she says. “I’m sure everyone’s side effects are somewhat different, but those are the ones that I felt.”

After four rounds of chemotherapy, Jones’s surgeon assessed the effectiveness of the treatment with a procedure that was “something like a colonoscopy,” she says. That was followed by a CT scan and MRIs. Then Jones’s doctors followed hospital protocol and reviewed her case with Sloan Kettering’s board of cancer care specialists.

Her oncologist called the next day to announce that the medical team wanted her to undergo four more rounds of chemotherapy. “At least two more of the intravenous and four more rounds of the pills,” Jones recalls. “I just wanted to cry, because I felt so good. I didn’t want to do anymore. I really felt strong.”

The oncologist told Jones that the chemo was being extended in order to shrink the tumors as much as possible. Then the team planned to perform surgery to remove the tumor at its point of origin. “I had told my surgeon from day 1: ‘I’m very active. I don’t want to wear a colostomy bag.’ She looked at me and said, ‘I know,’” Jones says. 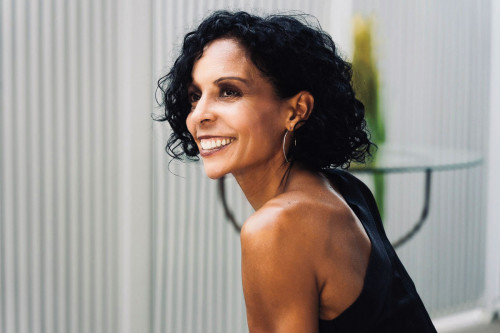 The doctor believed that Jones’s tumor was located high enough in her colon that the organ would remain intact. “This was on my mind the whole time,” Jones says. “But as surgery drew closer, these thoughts increased.”

She underwent the procedure in mid-December 2018. The surgery was done robotically, says Jones. Her surgeon removed the tumor, which had shrunk from about 2 inches to .3centimeters (less than half an inch), as well as part of her rectum and lymph nodes on each side of the area.

In early January, Jones got the good news. “My doctor called me and said that, after looking at those lymph nodes, there was no sign of cancer. I was cancer-free!”

Today, Jones is one of more than 1 million survivors of colorectal cancer in the United States. Her colon is OK, and she didn’t need a colostomy.

She manages some temporary post-surgery problems by monitoring food choices and water intake to better control her bowel movements. “I was told that it takes about a year for your body to adjust,” she says.

Besides that, Jones’s life is as it was. She still attends quarterly meetings of the Rockettes Alumni Association, where she socializes with her Rockette sisters and joins them in public appearances and special performances.

She’s also involved with Dancers Against Cancer, a community foundation that helps dancers, choreographers and other people working in show business and their families face their cancer diagnoses and negotiate treatment. “They helped me,” Jones says. “They gave me $10,000 to help me with my medical bills, so I’m very thankful for organizations like that.”

Now, Jones advocates for people to get screened for colorectal cancer earlier. “If I had gone in at 45, my cancer stage would have been different,” she says. “My children will have to go for their first colonoscopy at 40 years old since I was diagnosed at 50.

“Since I’ve been through colon cancer, I feel like it’s my duty to talk about the disease and get the word out about early screening and detection because you can survive it,” Jones says. “I think a lot of people worry, especially if their cancer is at such a late stage, that they won’t be able to pull through.”

But, as Jones learned, they can. 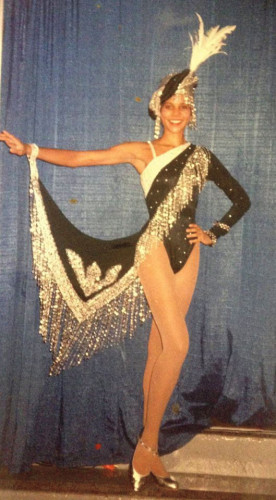 Current screening guidelines for your health

Early-onset colorectal cancer (CRC) has been on the rise in recent years, and experts predict this will continue. As a result, some of the major cancer health organizations have changed their screening guidelines.

Currently, this agency recommends that people at average risk of CRC should start regular screening at age 45 with either a colonoscopy or a test that detects blood in the stool. This is down from the previous age threshold of 50. But for those at higher risk, screening before age 45 is suggested. These include people who previously had CRC or colorectal polyps (small clumps of cells that form on the lining of the colon or rectum), a history of inflammatory bowel disease, a family history of CRC or polyps diagnosed in a relative younger than 60, confirmed or suspected hereditary CRC risk or past abdominal or pelvic radiation for a previous cancer. Individuals in good health who have a life expectancy of more than 10 years should continue regular colorectal cancer screening through age 75. For people ages 76 through 85, however, the decision to be screened should be based on a person’s preferences, life expectancy, overall health and prior screening history.

This medical society advises that men and women at average risk for colorectal cancer should have a colonoscopy every 10 years beginning at age 50. The reasoning is that the risk of developing CRC increases with age, and more than 90% of cases occur in people age 50 or older. However, people with risk factors for CRC or a family history of the disease should talk with their doctor about screening sooner. African Americans are diagnosed with this cancer at an earlier age, on average, and some experts suggest Black people start screening at age 45.

This independent, volunteer panel of national experts in disease prevention and evidence-based medicine also recommends that folks should begin screening for colorectal cancer soon after turning 50, then continue getting screened at regular intervals through age 75. But if an individual has had certain illnesses or has a close relative who has had colorectal cancer or polyps, he or she may need to be tested earlier or more often. The panel is currently reviewing study findings to issue an updated screening recommendation.