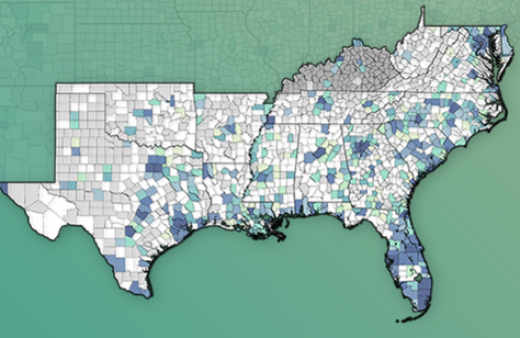 The South experiences disproportionate HIV rates, as seen in this AIDSVu map. AIDSVu.org

This year’s SHAAD theme—Support.Act.Change—pays homage to 20 years of HIV service from the Southern AIDS Coalition.

Friday, August 20, marks Southern HIV/AIDS Awareness Day (SHAAD) 2020. The event was launched two years ago by the Southern AIDS Coalition because, as stated on SouthernSolution.org, “There is an HIV/AIDS crisis in the South. This reality requires all of us to be engaged in collective, bold, and innovative strategies to reduce these disparities.”

Indeed, according to the Centers for Disease Control and Prevention, “Southern states today account for an estimated 51% of new HIV cases annually, even though just 38% of the U.S. population lives in the region.” In other words, the epidemic, which was once centered in urban cities such as Los Angeles and New York City, is now concentrated in the 16 states and the District of Columbia that make up the South.

Black Americans comprised less than 1/5 of the #Southern population in 2019, but half of all new #HIV diagnoses in the region in 2019. Learn more about #HIV among Black Americans in the #South for #SHAAD: https://t.co/NJcDFcsGMW pic.twitter.com/aFNzUf0EWq

The CDC offers more data regarding the epidemic in the South:

For more statistics pertaining to HIV and the South, visit AIDSVu.org, which not only breaks down HIV data according to geography and various communities but also creates easy-to-understand graphics you can share, such as the ones embedded in this article. AIDSVu also includes interviews with experts on the topic of SHAAD, such as “Dr. Susan Reif, PhD, on HIV-related Stigma in the Deep South.”

"It’s not just about having available #PrEP, testing, or medical care. If folks feel the stigma, shame, and negative emotions in accessing these services, they’re not going to go." Dr. Susan Reif of @DukeGHI in AIDSVu’s #SHAAD Q&A: https://t.co/jBQCPOQrVw

To address these disparities and draw attention to the epidemic, the Southern AIDS Coalition (SAC) launched the awareness day in 2019. The theme of this year’s event is “Support.Act.Change.” The theme’s initials are the same as those of the coalition, and the theme is a nod to the group’s 20 years of service as well as a call to action. SouthernSolution.org spells out the three components of SHAAD 2021:

When we “Support,” our communities are transformed and those living with HIV will thrive. The HIV epidemic in the South is layered and complex. Systemic inequities coupled with unjust policies, result in health disparities and disproportionate rates of HIV and other conditions.

While the work to right these wrongs can seem insurmountable, every individual can play a role in supporting those living with and most impacted by HIV/AIDS.

When we “Act,” together, policies and laws change. Use your voice and influence to change hearts, minds, and practices that perpetuate discrimination and do harm to those most impacted by HIV. Together we can actively dismantle these systems and rebuild equitable spaces that lead to change.

When we commit to “Change,” we acknowledge both our individual and collective power to the course of the epidemic, but how are we changing? We not only have to have conversations, but we look at who we are supporting and our actions to evaluate better ways to end the epidemic. As the COVID pandemic continues to show us, there are always disparities that intersect by race and class, does the work reflect that?

Continue to challenge the process and ask “why?” When the work looks like something isn’t working, find conventions or advocates to work with and promote a change to the system. 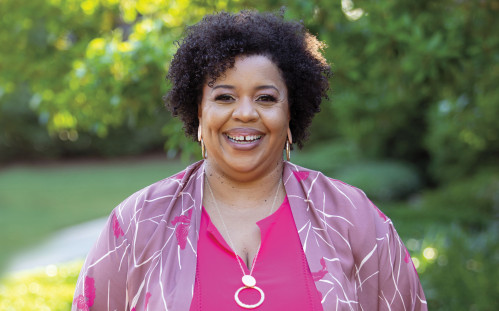 In related news, be sure to read “Fight With Us,” POZ’s profile from this summer on Dafina Ward, pictured above, the executive director of the Southern AIDS Coalition. For a collection of articles about HIV in the region, click the hashtag #South. You’ll find articles such as “Three Demands From the HIV Leaders of Black South Rising” and “$5M Grant Launches a Faith Center to Tackle HIV in the South [VIDEO].”