Frank Sieple, an HIV/AIDS activist and early supporter of ACT UP Chicago, died January 5, the Windy City Times reports. He was 51. Born in the Chicago area in 1960, Sieple was diagnosed in 1982 with the virus that was eventually identified as HIV. Several years later he supported the work of Chicago for AIDS Rights, which eventually became ACT UP Chicago. He later moved to San Francisco with his longtime partner Joshua Margulies and raised two sons as he continued his activism. 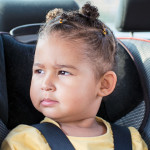