Heather Hazzan, SELF (Model(s) used for illustrative purposes only)

A single dose of the human papillomavirus (HPV) vaccine may provide as much protection as the currently recommended two or three doses, according to a new study. A simpler dosing schedule could potentially improve uptake, thereby reducing cancers caused by the virus.

“If ongoing clinical trials provide evidence regarding sustained benefits of a one-dose regimen, then implications of [a] single-dose strategy could be substantial for reducing the burden of these cancers globally,” senior study author Ashish Deshmukh, PhD, MPH, of the University of Texas Health Science Center School of Public Health said in a press release.

Another recent study found that as HPV vaccine coverage increased in the United States, the prevalence of the four HPV types included in the original Gardasil vaccine (6, 11, 16 and 18) declined by 86% among women ages 14 to 19 and by 71% among those ages 20 to 24.

Experts recommend vaccination for girls and boys at age 11 or 12, with catch-up vaccines for those not immunized as adolescents. Last June, the CDC recommended vaccination for all women and men through age 26. The vaccine is approved for adults up to age 45, and vaccination for those ages 27 to 45 is a shared decision to be made by patients and their providers.

But the new study suggests that a single dose may be equally effective.

More than a decade after the introduction of the first HPV vaccine, only about half of American adolescents have completed the vaccine series, while about 68% have received at least one dose, the researchers noted as background. Ongoing clinical trials are evaluating the effectiveness of a single-dose regimen.

Deshmukh’s team evaluated the prevalence the four HPV types in the original Gardasil vaccine among women according to the number of vaccine doses they had received. They analyzed data from the 2009 to 2016 National Health and Nutritional Examination Survey (NHANES), an ongoing study assessing the health and nutritional status of adults and children in the United States.

As described in JAMA Network Open, the researchers identified 1,620 women ages 18 to 26 with available data on self-reported HPV vaccination status and HPV test results. A majority were white and the average age was 22. Of these, 1,004 were unvaccinated, 106 had received one dose, 126 had received two doses and 384 had received three doses.

Women who had received any vaccine doses were significantly less likely to have these HPV types than unvaccinated women, meaning the differences were probably not due to chance. But there was no significant difference in HPV rates between women who received one versus two doses or one versus three doses, suggesting that a single dose offers a similar degree of protection.

The study also found that Black women were more likely to have the four HPV types than white women (10.8% versus 6.6%, respectively), and women with more than five male sex partners in their lifetime had a higher probability of infection than those with five or fewer partners (11.6% versus 3.3%, respectively).

“The current HPV vaccine dosing regimen can be cumbersome for people to understand. If one dose is proven effective in trials, the vaccine regimen will be simplified,” said lead author Kalyani Sonawane, PhD, also from the University of Texas Health Science Center School of Public Health. “This will help improve the coverage rate among adolescents that [is] currently below the Healthy People 2020 goal and possibly will also increase the momentum of uptake in the newly approved age group.”

Along with an inconvenient dosing schedule, other barriers to HPV vaccination include lack of awareness that the virus causes cancer, parental reluctance, providers’ failure to recommend the vaccine and lack of access to health care or insurance coverage. HPV vaccination was approved for girls and young women several years before boys and young men, and the benefits for boys and men remain less well known. 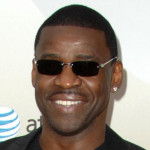 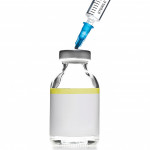 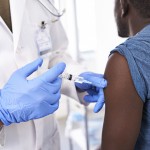