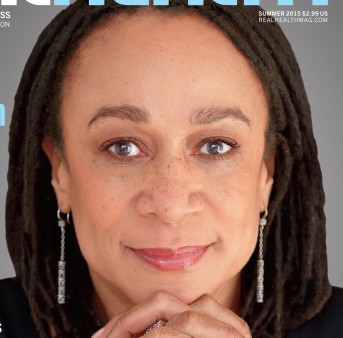 The challenge for actress S. Epatha Merkerson and many others living with type 2 diabetes is to control their blood sugar level so they can better manage the disease.

S. Epatha Merkerson wasn’t expecting to have her life change so dramatically one day about 12 years ago. The award-winning actress was asked by NBC to be a representative at the TV network’s health convention. The event was a huge affair that offered cooking lessons, a space for exercising, and a clinic where students and doctors from Howard University’s medical center tested attendees’ blood sugar levels. Merkerson also had her blood drawn for blood sugar testing. While cameras rolled, she smiled and talked about being proactive and taking care of yourself. After the cameramen stopped shooting, Merkerson was about to move on with the crew when a doctor approached. He asked her to come back when she was finished filming. “I was thinking, oh, he probably wants an autograph or to take a picture or something, so I told him I would come back,” she says. “When I returned, he told me he wanted to check my blood sugar again. It was over 300. He said, ‘Listen, I think you need to have a conversation with your doctor.’ That’s how I found out I had type 2 diabetes. It was shocking.”

The test Merkerson took at that health convention was a blood sugar test that doctors use to diagnose diabetes from a blood sample. Regardless of when you last ate, a random blood sugar level of 200 or more milligrams of glucose per deciliter in the blood suggests diabetes.

Besides this common type 2 diabetes test, others include a blood sugar test that’s done after an overnight fast, and an oral glucose tolerance test that requires you to fast overnight and have your blood sugar level measured at intervals during a two-hour period after you drink a sugary liquid. In addition, another screening tool, the A1C, or glycated hemoglobin test, measures what percentage of hemoglobin in blood has glucose attached to to it. (A high number means more glucose is present.) Hemoglobin is the oxygen-carrying protein in red blood cells. The American Diabetes Association (ADA) recommends that people with diabetes set an individualized A1C goal. The goal for many adults with diabetes is less than 7 percent. A higher or lower goal may be appropriate for some people, so you should speak with your doctor about what goal is right for you.

Merkerson took that doctor’s advice. She went to see her physician to talk about what she needed to do. When she thought about her diagnosis, she realized that type 2 diabetes ran in her family. Merkerson lost both her father and grandmother to complications of the disease, and her brother also has diabetes. “I think there’s something about not registering those things,” she says. “You know that they’re happening, but you don’t register them, so when this happened it was completely shocking.”

Nearly 30 million people in the United States have diabetes; most have type 2 diabetes. Once Merkerson was diagnosed, she worked with her doctor to create a plan to lower her blood sugar. That meant Merkerson had to make certain lifestyle changes, such as finding the right diet, exercising and taking meds, to help her meet her A1C goals.

“At 50, I was eating like a 12-year-old, so that was one of the first things I changed,” she says. “But what’s interesting is that during the years I’ve had to change my treatment plan as needed. It’s not something you start with and always stick to. There are always going to be changes in the treatment.”

Merkerson changed her diet first, then started exercising. “Doing television can be very sedentary, and I was put on medication,” she says. “Between those three things, we were able to find out what my A1C number should be and then set the goal to reach it.”

Merkerson is the spokesperson for a program called America’s Diabetes Challenge: Get to Your Goals. Merck, a pharmaceutical company, and the ADA launched the program to encourage people with type 2 diabetes to identify and meet their A1C goals, and learn how to control all aspects of their blood sugar level on a long-term basis. For example, many people with diabetes are aware of the importance of controlling high blood glucose, but they may not know that blood sugar levels can also dip too low, a condition called hypoglycemia. If severe, this drop can cause accidents, injuries, coma and, possibly, death.

“We’re actually thrilled to be working with S. Epatha Merkerson primarily because we share a common goal,” says Arpa Garay, the U.S. marketing leader for Merck’s diabetes franchise. “She is extremely passionate about working with diabetes patients to help educate them about how to better manage their disease.”

Merkerson is also working closely with the company to promote another ADA initiative, the Live Empowered program. This program reaches out to African Americans using diabetes workshops and activities to stress why everyone should know their A1C number and work with their doctor on a management plan to set and reach their A1C goal.

“This is a disease that really impacts the African-American community,” Garay says. “African Americans are twice as likely as non-Hispanic whites to have diabetes.”

At these workshops and during the program activities, Merkerson shares her personal story about living with type 2 diabetes, how she works with her doctor on structuring the best treatment plan so she can reach her A1C goal, and the need to get the disease regularly assessed to control her diabetes and blood sugar.

The most difficult part of Merkerson’s treatment plan is managing her diet. “I come from a family of folks who are intimate with the kitchen, but I’m not,” she says. “I don’t cook, so it was important for me to figure out how to prepare meals for myself.”

When Merkerson finally figured out what kind of meals she should be eating, she cut back on red meat and fried foods. But doing so was tough. “One of the things I can do in the kitchen is fry a mean batch of chicken, but I had to give up on that,” she says with a laugh. “Instead, I’ve been making salads and eating fresh vegetables. It’s very difficult and I’m constantly struggling with it.”

For Merkerson, joining the program is a way to help other people who also have to struggle with making the same lifestyle changes she did. She explains that the program’s user-friendly  website, AmericasDiabetesChallenge.com, is a great resource of information for people with type 2 diabetes, their loved ones and caregivers.

Merkerson says the website has questions people with diabetes can ask their doctors that will help them and their docs work together to manage their diabetes. In addition, there’s a pledge on the website asking users to become proactive in their health care. As part of her commitment, Merkerson tracks her blood sugar levels and works closely with her doctor to reach her A1C goal.

“The one thing that I so appreciate about being a part of this campaign is that it’s an education for me as well,” Merkerson says.

She pauses for a few seconds, then adds, “And if I can be a part of helping someone else through this disease, that really is extraordinary.”