Our Health Matters: The Struggle to End HIV Continues

The chair of the NAACP calls on faith leaders to raise awareness about HIV/AIDS.

As our nation mourns the nine lives massacred in a Charleston, South Carolina, church or wrestles with the threat of excessive police force that has led to the tragic deaths of multiple unarmed African American men and women, we cannot lose sight of the one thing we must work earnestly to protect — our health.

Violence is not the only thing wreaking havoc on our communities, and if we are not careful we could lose a generation to a preventable disease — HIV.

According to the Centers for Disease Control and Prevention, African Americans are the ethnic group most affected by HIV, and despite the progress our nation has achieved over the past several decades in HIV awareness, it is clear that Black America continues to bear the brunt of health inequities that make HIV prevention a challenge.

As we think critically about the challenges facing Black Americans and other people of color in the United States, it becomes more and more evident that there are common threads underlying their reality. Social isolation, economic deprivation, over-criminalization and a lack of access to quality services are part of the daily experience of too many people in our country, especially African Americans.

These factors impact not only how we live, but also our health. Within two decades, HIV/AIDS has become a disease that primarily affects Black people. Today, African Americans represent the greatest percentage of new HIV infections, and black Americans from teens to early baby boomers are being infected with the disease.

At a critical time when there is so much to be done, we need our churches to step up as they have so many times in the past. Just as black churches as under siege, so are black bodies. We need our faith leaders to step in and lend their voices and commitment to a national movement to reverse the course of this disease in our communities, and we urge them to understand the connection between HIV/AIDS in Black America and the ongoing struggle for equity.

Since 2010, the NAACP has been actively involved in the fight against HIV/AIDS in the Black community. Our work has led us to reach out to young people and adults; we’ve also developed efforts to partner with the faith community. And our work continues.

On July 12, 2015, we will recognize our fourth annual Day of Unity — a day when faith leaders across the nation unite to raise awareness about HIV/AIDS as a health and social justice priority and to bring forth a unified voice for systemic and institutional change. On this day, we ask faith leaders preach about HIV/AIDS from the pulpit by integrating HIV messaging into their sermons. We also ask them to use social media to create a forum for open dialogue that encourages people to get informed about HIV; and host community events that include HIV testing and actively engage their congregants in advocating on behalf of those at risk for or affected by HIV.

Awareness and a heart for fairness are the foundation of activism. Please join us on July 12 for Day of Unity and show your commitment to equity and social justice for our communities and for all in our country.

NAACP Launches Day of Unity to Inspire Pastors on HIV/AIDS 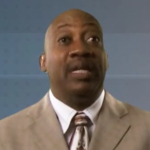 Discussing the Church and HIV Stigma with Terry Angel Mason 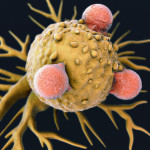