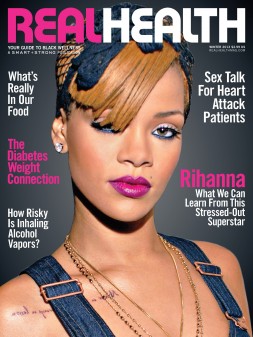 At first glance, you might think pop culture icon Rihanna leads a charmed life. But the overwhelming amount of stress she faces is enough to get anybody down. 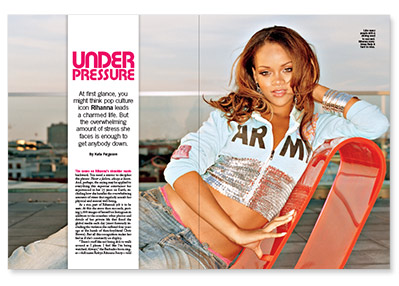 The tattoo on Rihanna’s shoulder reads backward. You need a mirror to decipher the phrase: Never a failure, always a lesson. And, perhaps, the saying may be applied to everything this superstar entertainer has experienced in her 25 years on Earth, including how she handles the overwhelming amounts of stress that regularly assault her physical and mental well-being.

As a star, part of Rihanna’s job is to be seen. At this she more than succeeds, posting 2,000 images of herself on Instagram in addition to the countless other photos and details of her private life that flood the global media each day (most famously including the violence she suffered four years ago at the hands of then-boyfriend Chris Brown). But all this recognition makes her feel as if she’s constantly on display.

“There’s stuff like not being able to walk around as I please. I feel like I’m being watched. Always,” the Barbados-born singer—full name Robyn Rihanna Fenty—told Glamour magazine. “Like, I want to tan topless somewhere, and I know I probably could never do that. Even if I’m upstairs in my bedroom, and the curtains are pulled, I feel like a paparazzo’s outside on a boat somewhere or somebody’s peeping.”

The fame also brings a loss of self. “Robyn is who I am,” says the singer. “Rihanna—that’s an idea of who I am.”

For many celebs, privacy is the price they must pay to stay in the spotlight and remain relevant to their fans. Several years ago, Charles R. Figley, PhD, a psychologist and family therapy professor at Florida State University began studying stress and how it affected actors, musicians, sports stars and TV journalists. “Fame is a double-edged sword,” Figley noted. “On the one hand, fame is a measure of your worth as a performer. But on the other hand, fame jeopardizes your privacy, freedom and safety; and the situation is much worse when your young children’s lives are at stake.”

Although most of us cannot relate to the trappings of celebrity, we all do experience stress. Take a closer examination of Rihanna’s career and related stress factors and you might be surprised at the similarities to stress in your own life. As tabloids like to say: Stars—they’re just like us!

According to the American Institute of Stress, stress is tough to define and measure. In addition, there are several kinds of stress. The most common is acute stress. This is the short-term stress triggered by events or incidents that can be thrilling and exhilarating. But too much of it can lead to psychological distress, tension headaches, upset stomach and other symptoms, says the American Psychological Association (APA). The good news is, this type of stress is easy to treat and very manageable. Another kind of stress is episodic acute stress. This is usually a constant condition that’s exhibited by the driven Type A personalities and the worrywarts who tend to be anxious and depressed about the catastrophic nature of life. The last type of stress is chronic stress, one that’s akin to facing never-ending struggles that sap your energy and wear you down. This kind of stress is particularly bad because depending on its cause, people may sometimes internalize it and bear the burden for years without ever realizing there is something wrong.

“Chronic stress kills through suicide, violence, heart attack, stroke and, perhaps, even cancer,” reports the APA. “People wear down to a final, fatal breakdown…. The symptoms of chronic stress are difficult to treat and may require extended medical as well as behavioral treatment and stress management.”

But some stress is good. At the start of her career, when Rihanna auditioned for newly named Def Jam Records’ president at the time, rapper Jay-Z, she felt the acute stress of a young singer trying to make the most of an opportunity she’d gotten to show her talent. “I was in the lobby just shaking,” Rihanna recalled of that day. When she stood in front of Jay-Z and everyone in the room and opened her mouth to sing, she said, “At that point, I was fearless.” (Her performance prompted Jay-Z to sign her to a contract on the spot.) 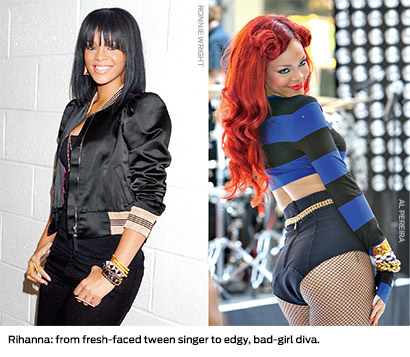 Similar to the energy boost Rihanna experienced during that audition, stress can produce a rise in productivity. How many times have we heard stories about ordinary people who do extraordinary things? Take subway riders who have saved the lives of people who fall onto the train tracks. In cases like these, stress plays a key role in preparing you to meet a challenge, experts say. What’s more, viewing stress in this positive way can help change our negative perception of stress, says health psychologist Kelly McGonigal. Instead of a life-taker, it can be a lifesaver.

Of course, celebrities do suffer from many of the same stresses experienced by their everyday, private counterparts. And what stars also have in common with everyone else is the way many of them respond to stress. For the kind of stress that accumulates and overwhelms our physical and emotional well-being, celebrities react just like regular folks: They get depressed, lose sleep, cry about nothing, lose concentration, develop stomach problems, become paranoid and distrustful, sink into bad moods, or act out by misbehaving in any number of different ways.

When she wants to return to being Robyn, Rihanna says she flies back to her hometown where she has family who help keep her grounded. The celebrities who cope best have families who can differentiate between their public and private personas, Figley says. And the same goes for the celebrities themselves. “They take that off when they come home,” Figley said in an interview with the Baltimore Sun. “They can let that public part go and be much more spontaneous and sensitive and more like themselves.”

Similarly, regular folks can learn to leave the work stress at the office and chill out with family and friends.

According to Stress in America, an annual nationwide survey commissioned by the APA each year since 2007, young adults ages 18 to 33 report stress levels that “exceed the national average.” Members of this millennial generation, which includes Rihanna, report being less likely to succeed in reaching their stress management goals, aren’t doing enough to manage their stress and don’t have the support they need to make the lifestyle and behavioral changes necessary to improve their health and help them cope.

In addition, millennials reported being more likely to resort to “unhealthy or sedentary behaviors, such as eating to manage stress and playing video games or surfing the Internet.”

“The reality is that we can’t all feel on top of the world all the time, and we shouldn’t,” writes Terrie M. Williams, a a PR specialist, entrepreneur, author and mental health advocate, in her book Black Pain: It Just Looks Like We’re Not Hurting.

Two years ago, during her 10-month world tour, Rihanna was reportedly placed on a health watch. At one point, the singer tweeted to fans that she felt “so light-headed.”

This year, on her Diamonds World Tour, newspapers reported that Rihanna worked herself almost to the point of a nervous breakdown, performing and partying and foregoing rest even through a bout of bronchitis and laryngitis.

Clearly, headlining a major tour is a huge responsibility. Indeed, many people who aren’t rock stars can probably relate to feeling responsible for the happiness and well-being of their families and friends while holding down jobs and making ends meet. Williams wrote about her own ”superwoman act” pushing herself to meet obligations to her clients. The pressure resulted in Williams sinking into a crippling depression for several days.

Rihanna also confessed that she experienced almost the same mental and physical exhaustion. But unlike Williams, Rihanna continues the hectic pace that defines her life. Sadly, sounds like there’s a lesson yet to be learned for this entertainment superstar.