In the early 1950s, poliomyelitis, or polio, paralyzed more than 15,000 people, mostly children, each year in the United States. White American virologist Jonas Salk became one of the most celebrated scientists in the world when he developed a vaccine for the virus that caused the illness.

But a new article published this week in Scientific American sheds light on two unsung African-American heroes—Tuskegee Institute researchers Russell W. Brown and James H.M. Henderson—who cultivated millions of the special cells Salk needed to assess the polio vaccine’s safety and effectiveness. This key field trial enabled the widespread production and distribution of the vaccine, which resulted in the inoculation of thousands of children and the eventual eradication of the disease in the United States.

The HeLa cells Salk needed to conclude his polio vaccine research were a living line of cells taken from Henrietta Lacks, a Black cancer patient, without her permission. For years, Lacks, too, was a forgotten Black pioneer in U.S. medical research. (Her cells continue to form the basis of medical research around the world.)

To test his vaccine, Salk required a massive number of HeLa cells, which he could only procure from the Tuskegee Institute, at the time a small Black college in the South.

Brown, director of the Carver Research Foundation at the Tuskegee Institute in Alabama, and Henderson, a plant physiologist, essentially transformed the college into a HeLa factory, growing, storing and maintaining millions of Lacks’s legacy cells, which would form the foundation of studies that validated the efficacy of the polio vaccine.

The two men braved discrimination and segregation in Minnesota to learn cell and tissue culture basics in less than one month so they could return to Alabama to produce the precious cells. (As they worked, the notorious Tuskegee syphilis experiment was taking place.)

Salk tested his vaccine with cells that originated from a Black woman and were cultivated by Black scientists whose stories, until now, had largely gone untold. “These Black men were asked to serve humanity in a time when their humanity was often denied,” writes Ainissa Ramirez, the author of the article.

To read the full story in Scientific American, click here. 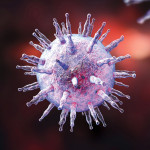