Neneh Cherry covered “I’ve Got You Under My Skin” in 1990 for the Red Hot AIDS benefit music series. Click to watch the re-edited 2020 video. YouTube/Red Hot

Red Hot Reissues of AIDS Benefit Albums From the 1990s

Five albums from the series will be released digitally. Remixes of Neneh Cherry’s 1990 take on “I’ve Got You Under My Skin” are out now.

It has been three decades since the album Red Hot + Blue was released to raise funds for HIV/AIDS. A compilation of Cole Porter covers by megastars such as Debbie Harry, U2 and Annie Lennox, the album sold over 1 million copies, spanned nearly 20 follow-up compilations and raised millions to fight the epidemic. To mark the 30th anniversary, the Red Hot Organization is digitally reissuing Red Hot + Blue on December 1, World AIDS Day. Several other titles will be released afterward. 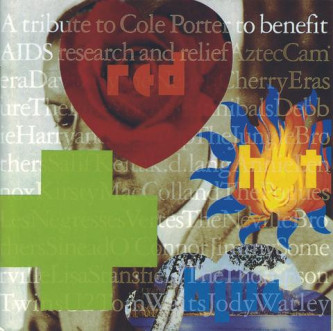 “Red Hot + Blue” is one of five albums to be reissued from the Red Hot AIDS music benefit series that launched in 1990.Courtesy of Red Hot Organization

Six remixes from Neneh Cherry’s take on Cole Porter’s “I’ve Got You Under My Skin,” including a retooled version of the original video by Jean-Baptiste Mondino, are out now (watch the video above; find links to the remixes via Ingrooves).

“Sharing love, being hopeful, being passionate is the things that’s really gonna get us through. Those are the emotions that sort of stimulate positive attitude, and probably more important than anything else.” - @nenehcherryofficial preaching the FACT during the AIDS pandemic in the 90s. “I’ve Got You Under My Skin” remixes will be available on streaming platforms on Sep 25th for the first time in 30 years. Please stay tuned for more announcements from us. #UnderMySkin #AIDSBenefit #HIVAwareness

“For those of us living in New York 30 years ago, HIV/AIDS was as devastating as COVID-19 is today,” John Carlin, Red Hot’s president and cofounder, told Rolling Stone. “But what made Red Hot + Blue so impactful and different was that it celebrated life and the power of music and art to lift people up during dark times.

“Red Hot pioneered using pop culture for social change—good propaganda—to fight for LGBTQ rights and to promote safer sex,” he continued. “Thirty years ago, it was condoms, today it’s masks. And we raised millions of dollars through album sales and gave it away in ways that no one else was doing at the time—such as almost $1 million to ACT UP, which was the only significant outside donation they received and helped them and the affiliated group, TAG (Treatment Action Group), bring the drugs to market that have let people with HIV live normal lives ever since.”

Four other albums being reissued include

The Red Hot Organization will release more gems from its vault between now and World AIDS Day, December 1. For more information about the reissues and the nonprofit, visit RedHot.org.

“I’ve Got You Under My Skin”—Neneh Cherry

“In the Still of the Night”—The Neville Brothers

“You Do Something to Me”—Sinéad O’Connor

“It’s All Right With Me”—Tom Waits

“Who Wants to Be a Millionaire?”—Thompson Twins

“I Get a Kick Out of You”—Jungle Brothers

“Down in the Depths”—Lisa Stansfield

“From This Moment On”—Jimmy Somerville

“Do I Love You?”—Aztec Camera

Editor’s note: This article was updated to include the new release date: December 1, which marks World AIDS Day.